✩ Her high pitch, angelic baby voice is to die for. Its something of a new class and new is extremely RARE right now. The beats hand-picked by Belis are spot-on matches with her sound. I’ve never seen such a complete artist package in a long time. But Belisgo has it all. Hopefully, if you see this, the Rarenorm Team would like to let you know that its a matter of time.

I first listened to lemonade three days ago after receiving a submission from an anonymous source. I played it about three times and knew that this girl had something special to off the industry. Since then I have had all her tracks on repeat. ✩

See you in the Big leagues and contact us for an Interview if you ever come around Boston! ✩

Belis (born November 4, 1999) is an American rapper, singer and songwriter from Charlotte, NC. Her career in music is a mere two years old but she’s already found success.✩

Belis’ dreamy vocals and poppy flows have earned her over 500,000 combined SoundCloud listens, as well as a spot on the Neilaworld collective’s roster. ✩

get ur bands up. winter is coming

bitch i’m belis not belis who are you 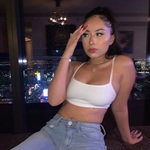 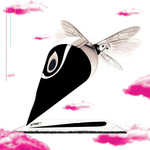