Turning the spotlight on the social injustices black men face from being wrongfully targeted by the police, the concept of ‘Gang Gang’ was inspired by a real-life incident that took place in September last year. Cadet intended its narrative to give the perspective of how societal stereotypes can creep into law enforcements perception of black men in general.

The music video for ‘Gang Gang’, premiered on GRM Daily, was directed by Cadet alongside Simon Awkes (Shiro Story) and filmed in London, two weeks before Cadet’s passing.

The proclaimed “Underrated Legend”, Cadet, started out in the South London based Gipset crew, with his cousin Krept, Konan and Redz. He began to plow his own path in 2015 with a series of hard-hitting freestyles, before releasing his acclaimed debut long-player ‘The Commitment’ EP in 2016, follow up ‘The Commitment 2’ EP in 2017 and Gold-certified single ‘Advice’ in 2018.

Praised for the passion, power and gripping narratives of his lyricism, Cadet was championed by artists such as Stormzy and Wiley and Radio 1/ 1Xtra DJS Charlie Sloth and DJ Semtex and received a UEA Award for ‘Best Rapper’ in 2017. He supported Krept & Konan on their ‘The Long Way Home Tour’ and Bugzy Malone on his ‘Walk With Me Tour’, and performed at Wireless Festival in 2017.

In February this year Cadet tragically died in a car accident on the way to perform a headline show in Staffordshire. In March, on what would have been Cadet’s 29th Birthday, many artists took to the stage of a poignantly sold out Brixton Academy for The Rated Legend show held in his honor. Those who performed included Stormzy, Lethal Bizzle, Dave, AJ Tracey, Krept & Konan, Big Shaq, Afro B, Yungen and more, with the proceeds from the show going to charitable organization, The Cadet Trust. 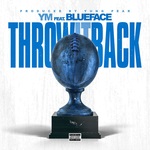