“I made this song because it seems out of this world to live the life that I live and its almost like a science fiction movie!

I want to truly be the first Dutch music artist to go mainstream in the urban global music market. I started to love music as a 14-year-old in Rotterdam,

The Netherlands and now I am just finished on my new album Van Gogh which comes out next week.”

EXTRA EXTRA READ ALL ABOUT IT:

CRZY is an up-and-coming songwriter and producer with Dutch and Moroccan roots. Not too long ago, he released a dance-friendly R&B tune, entitled, “Wanted”, featuring Chris Brown.‘Wanted’ contains a relatable storyline, ear-welcoming vocals, and dance-friendly instrumentation scented with an electro-R&B scent.The likable tune is CRZY first single release and it will also be featured on his upcoming debut EP, entitled, “Van Gogh”.The anticipated project is set to be released in August 2019. And it will feature Bizzey, WiFiFuneral, Jay Critch, Jonn Hart, Sxteen, and Trev Rich.This isn’t the first time that CRZY and Chris Brown have worked on a project together.In 2013, CRZY wrote “As Your Friend” by Afrojack featuring Brown. The song hit #1 on Billboard US Dance and was in the Mainstream Top 40.Shortly afterward, Brown promised CRZY that he would return the favor for the 2013 song.This year, CRZY had a beat that he believed would be perfect for Brown, and true to his word…Chris got on the track.We recommend adding CRZY’s “Wanted” & Sci – Fi to your personal playlist. Also, let us know how you feel about it in the comment section below.

What you thinking about? Pre-Save #SCIFI 👽link in bio☝️#VANGOGH🎶 @underratedmg

You know we got it right when they start smiling🤙 #SCIFI 👽 COUNTDOWN! PRE-SAVE LINK IN BIO☝️🙏🏼@underratedmg 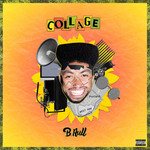