I recently did a Q&A with an individual that goes by Farid from Armenia about his experience on bullying and where he stands with it. He seemed to have a strong approach when it came to bullying. In other countries it seems as though they deal with it through strength and showing the other person or whoever is attacking you that you are not weak. It was a very interesting interview and it was very enlightening to see such a different perception on the matter.

Henry: Have you ever been a victim of bullying and where do you stand with it?

Farid: Look to be honest here this is what I think about bullying. It is all about if the person, are they going to act like the prey or not. At a young age it is called bullying, later when you grow up it is something else.

Henry: What advice would you give to the youth when they are being bullied?

Farid: I don’t know about advice but here is what I did. I swallowed it like nothing happened, started going to MMA class, and 5 years later I retaliated. I am not from the U.S. so my culture is quite different.

Henry: Did you feel it was the right thing to do?

Farid: I felt it was only right, I am not proud of some of my country’s culture, but that is how it was handled.

Henry: How does your country handle bullying compared to the U.S.?

Farid: My country does not. You have 3 options get pushed around, ask an adult to help you out, or handle it yourself. My country is post Soviet, bullying is one of the last concerns. I don’t think this country handles bullying that well, I see on the news teenagers committing suicide and some school shooting being the outcome of being bullied. 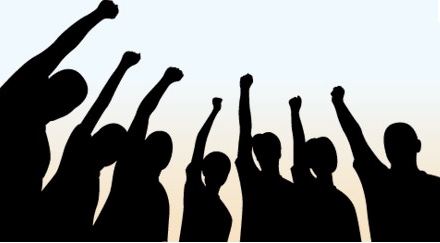