Music plays out to me like watching colors being painted, and Donuts was one of those songs that I put together while seeing red. I don’t think everything has to be super lyrical or crazy deep on a surface level because to make things in pursuit of that feels fake and inauthentic to me.

To me, this song really captured the buildup and release of anger, and that came out without me thinking too much about it.

I also think a lot about performing, and putting together the best performance is important to me, so this song really felt to me like the opener to a sold-out show. As far as the other songs, the entire EP came together following a breakup, and without saying much, it plays out to capture a lot of what I felt.

I like to believe people can really feel honesty when it comes to art, and everything I make comes from a real place regardless. I’ve loved music and film since I was super young, like 5 or 6, and I’ve been doing things creatively with music since around that age, but it was just recently that I’ve taken everything in this direction.

I’m glad there are already people who have taken a stake in what I’m doing right now, and everything I do here is really for the culture and for my fans. I feel accountability from the support, but as I move forward I still got to stay true to the vision, so we’ll see. If things go well, we’ll know some years from now.

Never chase but they run a mile for me 🥇

New Music: Los Angeles-based recording artist Kailas recently released the last single from his five-track debut EP. The record ‘Suffocating’ came to be after he hit rock bottom this Summer and decided to change his name. Check it out https://t.co/WxuN8KuVuf 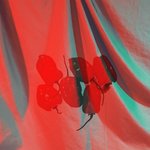 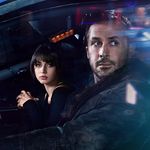