I started making this song as a way to vent and just express myself. How I was feeling at the time, not wanting to be bothered. Yet still wishes someone was around who could understand me, I felt very alone. I continued writing and put the song out for others who may be feeling or going through some of the same things I was.

I want success as a musician. I want to be able to help those in need of guidance. I want to leave a positive impact on the world. I want to be in a place where I can mentally be comfortable.

I’ve always had a love for music since I was a kid. Started rapping back in elementary school, mostly just rhyming words and basically nonsense. Continued rhyming and doing poetry throughout middle and high school. Record in a few studios but didn’t take music seriously till 2015. That when I decide I was going to be a musician and been pursuing it ever since.

More music, more videos, preparing to release a 12-13 song album. Which will be released very soon. 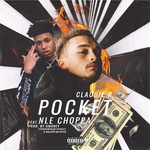 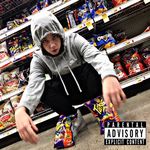