The video starts in a spectacular monochromatic coloration reflecting the introspective nature of the track. 2 Chainz pays homage to JAY-Z by sampling the song “Feelin’ It” and raps though clips of his upbringing, signifying that he is gone a long way and he has so much hope for the future.

“I got a lot of admiration for the big homie, he been around for a few decades. He’s been relevant and successful, in our eyes. He’s a businessman, philanthropist, he be helping the hood; married with the kids,” 2 Chainz told Apple Music. “He’s not a bad person to look at when you want some advice or trying to figure a couple of things out.” 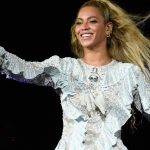