Ariana Grande is set to debut her Sweetener live performance movie on Netflix on December 21.

The concert film, Excuse Me, I love you, will arrive a year after her 2019 world tour came to an end. “releasing this as a love letter to u all, in celebration of all that we’ve shared over the past few years. i know this project only captures some of one tour (out of all the other hundreds of shows and moments we have shared over the past six or seven years… jesus lol) but i just wanted to thank u all for showing me more in this lifetime already than i ever dreamed of,” said in her Instagram post.

She continues, “making music and doing all of this has been all i’ve known or fully given myself to consistently for a very long time now. although my heart is looking forward to a change of pace, i wanted to express again just how eternally thankful i am. i’ve learned, seen and felt so much. it’s been such an honor to share so much of this life with u.”

The “Sweetener World Tour” took Grande across the United States, Canada and Europe to perform more than 90+ shows in only nine months and earned a profit of $146.6 million, making this her highest-grossing tour yet. 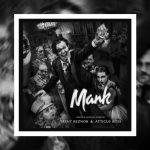 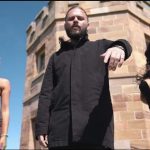