After teasing the return of the BAPE HEADS SHOW, and the release of the event’s commemorate tees, last night finally saw the full revival of the World Wide BAPE HEADS SHOW.

As a concept first introduced by the original A Bathing Ape General, NIGO, the first show began in 1997 where it brought together musical acts like CORNELIUS, SCHA DARA PARR, and TOKYO No.1 SOUL SET. The yearly event went on to garner more attention, not only from die-hard BAPE HEADS, but music lovers as well — the invite postcards were often collected for their inventive use of graphics, and the location map on the back. During the height of the BAPE HEADS SHOW, names like James Lavelle, TET (WTAPS), ENDO (Devilock), Shinsuke Takizawa (NBHD), Teriyaki Boyz, Kanye West, and N.E.R.D were all joining in on the momentous event; not only was the BAPE HEADS SHOW fostering a platform for the Tokyo creative/fashion scene, but it was also bringing together different people from around the world.

Last night was both a trip down memory lane for some (sans POW chains, XXXL tees, and trucker hats), and also a way to bring together the next generation of BAPE HEADS. Held in the Hulu Theater, at Madison Square Garden, the show saw performances from not only long-standing A Bathing Ape purveyors, Kid Cudi and Big Sean, but also Lil Yachty, Pusha T, and Wiz Khalifa.

There’s no news yet on if the BAPE HEADS SHOW will become a yearly event again, but one thing is for sure, bringing the concert/gathering back for A Bathing Ape’s XXV anniversary was great gesture to the fans. 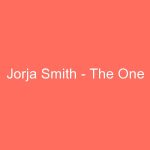