Flatbush, Brooklyn rapper Sheff G returns with his latest full-length effort, the short but undeniably skillful One and Only that clocks in just above 25-minutes. The project showcases the drill emcee’s undeniable lyrical dexterity and the fact that his vision is focused well-beyond just his current Brooklyn borough. It follows last year’s underrated and somewhat under-the-radar The Unluccy Luccy Kid.

The Brooklyn Drill scene is functioning in a strange purgatorial phase at the current moment. Following the untimely death of Pop Smoke, the movement’s most visible face and champion, and the shutdown of New York and all of its boroughs during the coronavirus pandemic, the spread of the unique sound has come to a standstill. Sheff G still manages to captivate with a cohesive tape helmed by production from New Jersey beatmaker Great John. Frequent collaborator Sleepy Hallow makes a few appearances here while Sheff taps Young Ap for a standout feature on “The Lefts.”

At just 21-years-old, Sheff G continues to cultivate a sound that pulls from different regions but remains solely his. That was apparent on his breakthrough 2017 hit “No Suburban” as he pulled together UK sensibilities with rapid-fire flows reminiscent of Chicago’s own drill aesthetic. Here, his “No Suburban, Pt. 2” refines that sound with some technical wizardry and passionate disses aimed at fellow Brooklyn rapper 22Gz. He barely stops for a breath on the first verse, rapping “He got a black flag, n*gga, take it off/ You get shot down if you play his songs/ I keep a Glock round, I would let it off/ This a diss track, this is not a song/ I got ’em thinkin’ it’s voodoo/ I’m a Cane Corso, you poodle/ I been in the field like manure/ Can’t talk on my name ’cause I’ll prove it.”

Ultimately, One and Only will leave you wanting more. Part of that is Sheff’s ever-growing confidence — he should be, as his rapping ability has expanded considerably — but the other part is its runtime. It feels more like a tape to hold you over until his next major effort. Its minimalist instrumentals let the Brooklyn rapper truly shine. Stream Sheff’s full album below and revisit his “No Suburban, Pt 2” music video above.

In more music news, Pop Smoke’s posthumous album is slated for a release next month.

GLTLTLTLT TAPE IS OUT NOW GO RUSH THAT , LINK IN MY BIO ???‼️ #ONEANDONLY 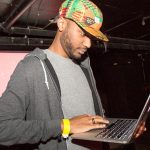