Crystal Fighters consists of lead vocalist and guitarist Sebastian Pringle, guitarists and percussionists Gilbert Vierich and Graham Dickson, and vocalists Laure Stockley and Mimi Borelli. The band took their name from an unfinished opera that Stockley’s grandfather had written before his death. Stockley encountered the manuscript at her grandfather’s house, located in the Basque countryside (Basque is an autonomous community in Northern Spain). Inspired by the opera, the band decided to incorporate elements of Basque culture in their music.

Crystal Fighters fuse fast, progressive dance music with the melodies and dances of traditional Basque folk music to create a sound that is entirely their own. Paul Lester of The Guardian described their style as “what would happen if you went back 100 years, dropped a load of recording equipment into a remote Basque village and left the villagers, steeped in folk music, to their own devices.”

Crystal Fighters also take a creative approach to their instrumentation. Many of their tunes use a txalaparta, a wooden xylophone-like percussion instrument played by two people who stand face to face. They also use the danbolin, a rope-tuned snare drum, and the txistu, a Basque pipe whistle.

In April 2012, Crystal Fighters released their debut studio album, Star of Love, in the United States. In May 2013, they released their second studio album Cave Rave. Both albums have generated a lot of interest in the band, mainly because they can’t be confined to one genre of music. This new single “All Night” is bound to continue that trend.

“All Night” is a bright, spirited, and infectiously catchy track. The vocals are the centerpiece of this tune, and they are sunny, joyful, and full of life, both in the verses and in the choruses. Their energy and cheer make you want to sing right along with them—in fact, the song is perfectly suited for a group singalong session. The vocal harmonies sound beautiful, too—you can hear them most prominently in the bridge, which is definitely the best part of the song. The acoustic guitar is light and breezy, and it kind of gives the track a nice beachside vibe, especially in the verses. The percussion moves front and center in the bridge, where it creates the perfect dance beat to accompany the vocals. In fact, the percussion is the most significant example of the Basque influences that Crystal Fighters incorporate into their music.

“All Night” is one of the catchiest and most excellent tunes I’ve heard in quite some time. It has definitely piqued my interest in Crystal Fighters’ third studio album. Check out “All Night” on YouTube below, and if you like what you hear, you can find it on Spotify or purchase it on iTunes. 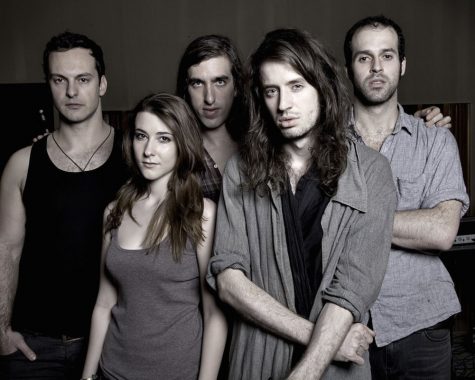 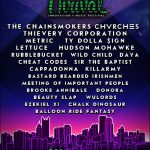 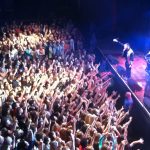