According to TMZ, musicians Future, Lil Wayne, Nicki Minaj and more are going to be making some big bucks tonight for providing their services to a select choice of New Year’s Eve events.

Both Nicki and Weezy will be performing at LIV Nightclub in Miami and will rake in $250,000 USD between the two. This is a bit on the low side, but it’s reported the two are close with the club’s owner, David Grutman, so each agreed to a reduced rate. Future on the other hand, will be earning $400,000 USD for his performance at Drai’s in Las Vegas. Finally Lil Baby and Gunna will be receiving $110,000 USD for a show at the Masonic Temple in Detroit, while Sheck Wes earned more than $110,000 USD for his act down in Australia. 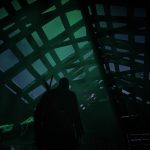