Earlier this week, G Herbo and Chance took the stage on Jimmy Fallon’s ‘The Tonight Show’ to honor Juice WRLD, who sadly passed away back in December 2019 at the age of 21. The two made a decision to pay their respects by hopping on the mic and entertaining everyone with a performance of G Herbo’s title track “PTSD” off his album.

The performance features Chance and G Herbo each spitting their emotional-yet-powerful verses. As they make their way offstage, Fallon’s crew then pans the digicam to the again segment of the area exactly where viewers are ultimately met with a painted of mural of Juice WRLD that is correctly highlighted underneath a thick layer of purple neon lights.

That night, Chance was also interviewed about his formative days of recording tracks in his high school studio, and participated in a enjoying moment with Fallon by comically doing rap lyrics penned by young children. 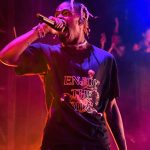 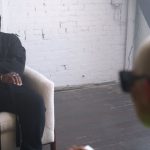