Jack Harlow has at last announced the release date of his debut studio album, That’s What They All Say.

The album is established to include his cuts “Tyler Herro,” “What’s Poppin” and its remix with DaBaby, Tory Lanez and Lil Wayne as a bonus track. That’s What They All Say follows Jack’s March 2020 EP Sweet Motion, and will be produced by Don Cannon and DJ Drama’s Generation Now imprint and Atlantic Data.

Harlow skyrocketed into the spotlight this 2020 with his track “What’s Poppin,” which peaked at No. 2 on the Billboard Hot 100 chart. He was inducted into the 2020 XXL Freshmen Class in August and is currently in the running for Best Rap Performance (“What’s Poppin”) at the 2021 Grammys.

That’s What They All Say releases on December 11. 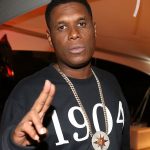 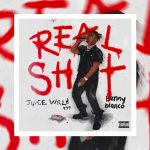