RMR has dropped off the next installment of his 4th Quarter Medley task, “That Was Therapeutic.”

The new launch is a revised version of Drake’s recent single “Laugh Now Cry Later,” slowing down the beats and reworking it to an emotional piano composition. RMR introspectively sings around the keys and reflects on becoming grateful for what he is bought, but also questions certain “friends” who were nowhere to be found when he needed support.

The visual, directed by Pressure once again, also includes the symbolic gesture of RMR removing his mask and handing it over to Amber Rose. She observes the mask and looks at him in understanding, and hands it back to him without the camera showing his face. The visual ends with RMR walking into a recording booth and singing a line of his “Iris” rendition, hinting that this could be the third and final part of his 4th Quarter Medley project. 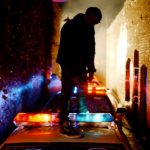