Rowlan’s “Be” features his unique motivating style. He displays his strong lyrical talent and his ability to connect to his fans on a level I hope to understand one day! It’s only a matter of time before Rowlan really takes off. He is a born winner.

MORE ON ROWLAN: Thomas Rowland, better known by his stage name Rowlan, is an American rapper/songwriter/producer hailing from Los Angeles, CA, by way of Cape Cod, Massachusetts. Rowlan was born March 18th, 1993 in Hyannis, MA. Originally, music was Rowlan’s therapeutic avenue of release, any thought that didn’t need to stay in his head found it’s way out through song. He has now continued with his purpose in music, with a following of close to 100,000 at the time of this article across all platforms to connect. He touches many hearts/minds/souls with millions of plays on SoundCloud, Spotify, Apple Music, etc. Throughout Rowlan’s journey, he’s found a deeper connection and admiration for the arts/culture.

He matches his music with intense off the record energy, and stage presence. Over the last five years, Rowlan built his following with a steady release of mixtapes and dozens of randomly released singles. Following the constant push came with a handful of the biggest Youtuber’s and online personalities endorsing Rowlan, and his brand by using Rowlan’s sounds to be soundtracks in their content.

He’s had placements with Jake Paul, Logan Paul, Garyvee, SneakerheadInTheBay, DavidGotKicks, MikeTheCompass, and many more. He then made Entrepreneur, GaryVee a “theme song” which brought hustlers from everywhere, to Rowlan. Rowlan manages to intimately interact with his fans and has built a cult-like following of loyal listeners. 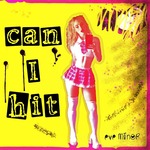 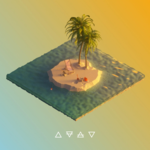