Professor Green is neither, but he is an MC — born Stephen Paul Manderson — who hails from Hackney, London, England. The irreverent storyteller got his start when he competed in a freestyle battle at a Camden bar. He not only emerged victorious, but went on to win several other competitions and was witnessed by Mike Skinner (aka the Streets) at Brixton’s B-Boy Championships. Skinner subsequently provided a production to Green, who turned it into “Stereotypical Man” and included it on the 2006 mixtape Lecture #1. Skinner also signed the MC to The Beats, though nothing more than a promotional EP materialized prior to the label’s 2007 demise. After self-releasing an EP in 2008, Green was attacked at a London club, stabbed in the neck, and nearly died, but the event did nothing to slow him down. Virgin signed him, and his first two singles with the label, 2010’s “I Need You Tonight” (which sampled the INXS song of the same title) and “Just Be Good to Green” (which featured Lily Allen and made use of the S.O.S. Band’s “Just Be Good to Me” and Beats International’s “Dub Be Good to Me”) reached the Top Ten of the U.K. singles chart. Alive Till I’m Dead, Green’s first proper album, featured both songs and was released in July 2010. A year later his “Read All About It” single appeared along with his sophomore album, At Your Inconvenience. In 2013 he released the single “Are You Getting Enough?” and announced that his album Growing Up in Public would arrive in 2014. ~ Andy Kellman, Rovi 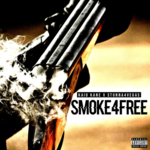 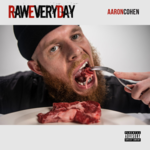