Why did you make this song?

I wanted to create a song that signified working towards a life goal. Granted mine is getting to where I want to with a career in music, but the next person’s end goal could be completely different. We all are working towards something in life and I wanted to make a song that speaks on that. The lines “sometimes I don’t know where I’m headed, I just gas up the whip and I ride” and “I only focus on the destination” are 2 that stand out to me personally because in life we don’t know what the next day will bring. We don’t know what to expect or necessarily where we are going next but the only thing that matters is making to that destination.

What do you want to achieve in your music career?

I want to be able to reach and touch a great number of people with my music. Fame and money come with the territory, but my main focus is being able to make a difference in someone’s life with my music. Hearing me tell certain stories and speak on particular aspects that they can relate to is something I really wanna achieve with my music.

When did you start loving music and what are you creating next?

My love for music started when I used to sing in the choir at church. Although my mom made me sing in the choir, I started to enjoy the way songs came together and how they made others feel. After a while, I started branching out and listening to other genres and realized that I was huge rap and hip-hop fan. Around 2014 I started writing, 2016 I started recording, 2017 I started casually releasing music on SoundCloud, and now in 2019, I’ve created song campaigns for the music I’ve released this year. As of right now, I’m working on an EP that’s scheduled to release early next year. I have a few things that I have planned beforehand such as more music and some music videos, so I’m hoping everything stays according to plan.

“What Would I Stop Stop For, I Ain’t Even Made It Up To The Top Floor” 🤷🏾‍♂️ I’m Officially On The Triller Wave Now 😂😂 “The Destination” Out Now On All Streaming Platforms ‼️‼️Link In My Bio If You Wanna Give It A Listen Likes, Shares, And Comments Are Welcome 🙏🏾 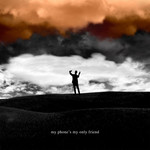 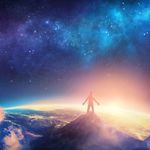