Aside from Ric, the man-candy history teacher, Officer Matt Donovan is the only non-supernatural character left in Season 7, of the CW’s The Vampire Diaries. Matt is the only one who does not turn into vampire or discover that he is werewolf, a mythical vampire hunter, or a witch. Matt, with the sandy blonde hair, and the dreamy blue eyes, has mixed feelings about the vampires in his life. He tries his hardest to keep his supernatural friends in line, and to protect his town from the chaos his friends cause. It is a thankless job.

Matt Donovan is a lovable buzzkill. He is generally disappointed with everyone, all of the time. Mostly, Matt judges his Elena and Caroline for dating vampires. He wants everyone to stop turning into vampires, and he wants things to return to normal.

Matt is very vanilla, and he appears to be lacking a personality, and a sense of humor. In reality, Matt is just strained from trying to calm the chaos, which his friends create in mass quantities.

To help prevent more deaths-by-vampire in his home town of Mystic Falls, Matt joins the town-protection-squad. Then Matt finds out that his squad leader has been rounding up vampires for execution. Matt feels humanity for the vampires, and he calls in vampire reinforcements to stop his squad leader. Matt complains about the vampires but he has a conscience.

When Matt’s supernatural friends, Elena, Caroline, (vampires,) and Bonnie, (a witch,) leave town for college, Matt stays behind and joins the police force. Then, a handful of witch-vampires arrive in Mystic Falls, increasing the vampire danger from threat-level orange to threat-level red. The citizens are evacuated, and Matt stays behind to keep out curious humans. Every day, Matt wakes up, puts on his police uniform and patrols the town in his police-SUV. Matt is the only police officer in Mystic Falls, yet he still puts on his full uniform, and does his hair every day.

Matt is trying so hard to be the man of the house. His did not have a dad present growing up, and Matt’s mom used to leave Matt and his sister for months at a time. Then Matt’s sister died a vampire, and Matt banished his mother for making out with Matt’s best friend Tyler, (werewolf.) Matt has only his chaotic group of friends to take care of now.

We love Matt because even though he bums us out sometimes, he is just trying so hard to be good.

“The Vampire Diaries” returns to the CW this fall. 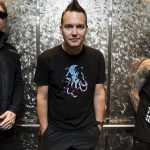 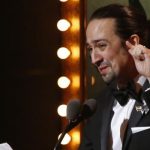