Release Date: Available now at Billionaire Boys Club Japan’s website
Release Price: $50-$60 USD
Billionaire Boys Club Japan just released hand-painted Astronaut Daruma Dolls to kick off the new year. Daruma Dolls are long-believed to be tokens of good fortune and luck in Japanese culture, depicting the Buddhist monk Bodhidarma. For the brand’s release, the small and large art objects feature the astronaut mascot embellished on the face of the two dolls. Rounding out the design is text on the back portion stating “WEALTH IS OF THE HEART AND MIND. NOT THE POCKET.” Each piece was handcrafted in the small city of Takasaki in Japan’s Gunma prefecture.
Phaidon Launches Complete & Authoritative Resource Catalog on Andy Warhol

Release Date: Available now on MoMA Design Store’s website
Release Price: $50 USD
The Museum of Modern Art in New York City is currently hosting a retrospective on seminal African American artist Charles White. From depicting socio-economic struggles to relationships, the Social Realist painter is heralded for his works that capture the beauty and humanity of African American people and culture. To further celebrate the show, the MoMA Design Store launched a hardcover book on White that features fine reproductions of the artist’s paintings, drawings, and prints. 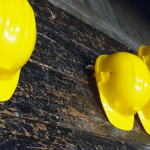 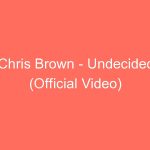