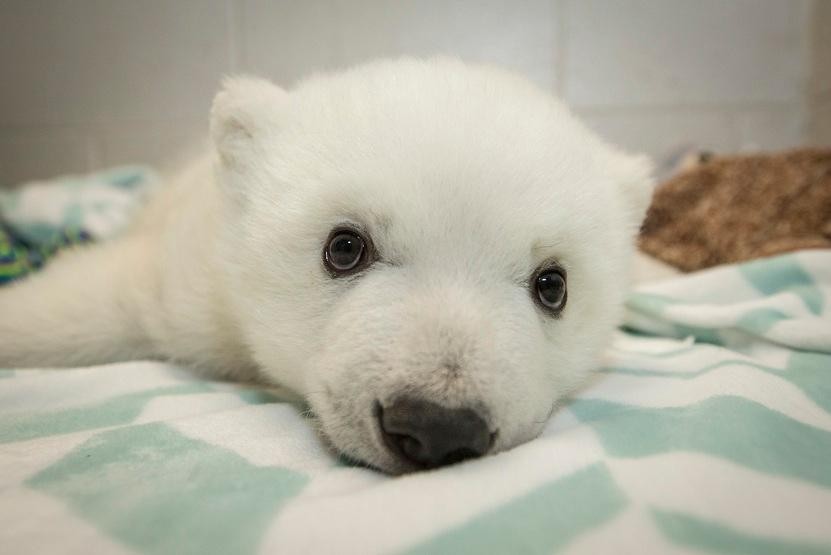 Nora was born on Nov. 6 in the Polar Frontier region at the Columbus Zoo. Animal care team members had hoped that Aurora would be able to take care of the cub herself, but she eventually began leaving the fragile newborn alone for prolonged periods of time. Under the guidance of the Species Survival Plan, a program created by the Association of Zoos and Aquariums, the Columbus Zoo decided to intervene and raise the cub by hand.

Nora’s name was voted on by about 115 countries. The Columbus zoo executives were thrilled to have so many people involved in the naming of this cub. You can tell the cub is in great care and will have a fun loving life. Thank Columbus Zoo for taking a initiative in taking care of such an adorable cub.