De Tomaso could be coming back with the help of Apollo 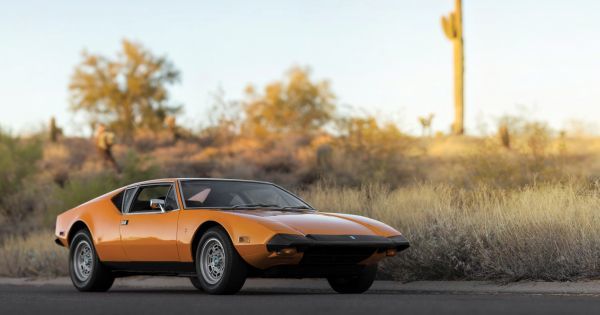 Defunct Italian manufacturer De Tomaso may be getting a revival, courtesy of Apollo.

The same people who make the poorly named “Gumpert” supercar also own the rights to the “De Tomaso” name.

The brand recently shared a video of two camouflaged sports cars being tested outside the Geneva auto show.

The first car in the convoy is obviously one of Apollo’s own origami machines, but the car in the rear bears a striking resemblance to the original De Tomaso Pantera, the brand’s most famous sports car.

The original Pantera was built from the early 1970s all the way into the early ’90s with many various changes to the bodywork, sporting a Ford V8 mounted right behind the driver’s head and a gated manual shifter.

The styling of the body was taken care of by Tom Tjaarda, the man responsible for the Fiat 124 and the Lancia Fulvia. Tim Horton famously had a white model, which he fatally crashed in 1974.

De Tomaso eventually went under in 2004, and Consolidated TeamVenture (Apollo’s boring name) bought the rights to the company in 2015 after a few separate failed attempts. Hopefully, Apollo can successfully bring back the famed marque in time for its 60th anniversary this year.

Nothing has been spoken of about price or availability yet, or even drivetrain for that matter, but we’re hoping to see the return of a roaring V8 under the Italian macchina, and are wishing on a reasonable price like the original (please).