In today’s world, privacy is practically a myth. Everywhere you go people have cameras at their fingertips, ready to photograph anything and everything that catches their attention. The brand ISHU is making an effort to reclaim some form of privacy from our media obsessed society. ISHU sells scarves, ties, and now phone cases (available starting July 1 2016) that make fashion functional. Their accessories are unique because they are essentially invisibility cloaks. These are not, however, the kind of invisibility cloak you might see in Harry Potter. Despite their astonishing effects, there is no magic involved in the products: just a clever bit of science!

ISHU’s products only make the wearer invisible in flash photography. For example, any flash photo taken of a subject wearing an ISHU scarf shows just the scarf on a dark silhouette. While this is probably not the effect you want for your next Instagram selfie, it is useful for anyone trying to go about their daily lives without being photographed.

ISHU’s creator Saif Siddiqui drew inspiration from a photo of his friends taken in front of a bike. The bike’s reflectors interfered with the flash, making the people in the shot basically invisible. Siddiqui realized this could be a good thing in some situations, and found a way to work the same technology used on the bike reflectors into his product.

The ISHU scarves, ties, and phone cases have a cool modern design, and to the naked eye they just appear to be fashionable accessories. They are subtle and unobtrusive, which makes them easy to wear around in everyday life. So far, these products are mostly popular with celebrities, who suffer the most from overexposure in the public eye. ISHU allows people to regain control over their images and decide what pictures of them end up on the internet, making privacy a possibility once again. 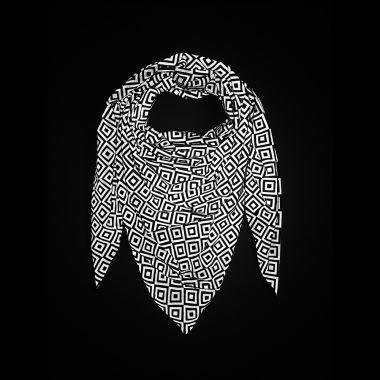