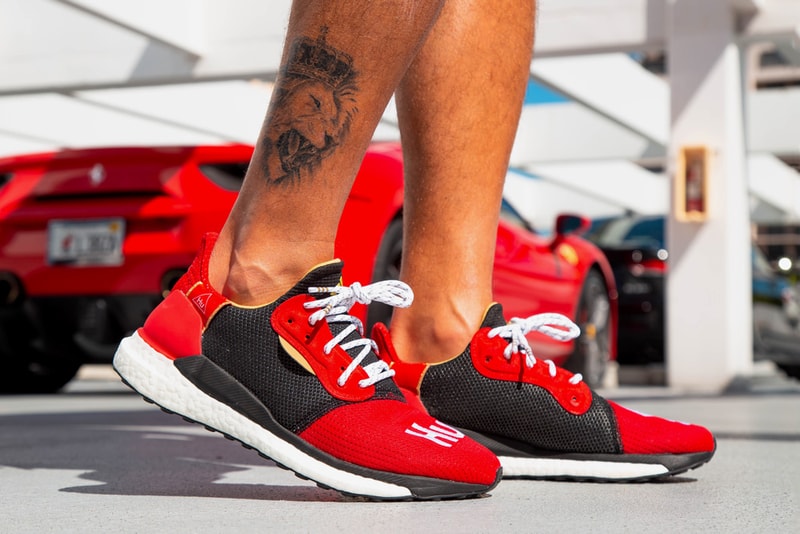 Pharrell Williams isn’t hesitating when it comes to releasing new kicks alongside adidas in the coming months, especially for the approaching new year. For his newest upcoming drop, it looks like Williams will be offering up a Chinese New Year edition of his coveted adidas Solar Hu Glide model. In this early on-foot look provided by sneaker leaker @yankeekicks, we see the silhouette take on a bold red hue with black mesh panels complimenting the dominating color. Additionally, white laces and yellow trims offer contrast as well as the white boost sole. As always, the familiar “Hu” insignia is found on the right pair vamp, while a Chinese character is found on the left.

There’s no word on a release date or pricing for this pair as of yet but stay tuned with us as we get more information in the following weeks.

In other footwear news, check out Puma collaborating with Hasbro for a Transformers shoe collab.