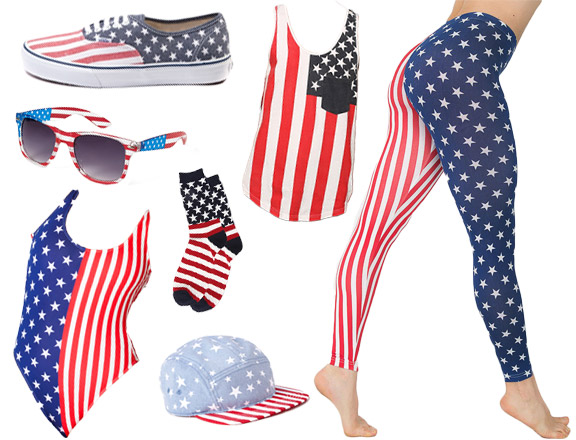 As the 4th of July approaches, stores begin to roll out all kinds of American flag paraphernalia. The stars and stripes start to appear on everything, from beach umbrellas to throw pillows. Big name retail stores like Target have whole categories dedicated 4th of July goods, with catchy tagline like “red, white & you” or “all-American, all summer long”. But how “all-American is this commodification of the flag? Today, it is not uncommon to see the stars and stripes on t-shirts, shorts, and even bathing suits. It has become a widely accepted fashion found in most people’s summer wardrobes, and many Americans see wearing the flag as a demonstration of patriotic pride.

According to the official United States Flag Code (yes, there is an entire code of conduct dedicated to appropriate display and us of the American flag), “the flag should never be used as wearing apparel, bedding, or drapery.” In addition, there are a number of rules, such as “[the flag] should not be embroidered on such articles as cushions or handkerchiefs and the like, printed or otherwise impressed on paper napkins or boxes or anything that is designed for temporary use and discard,” which people disregard all the time. There is even a rule stating that “the flag, when it is in such condition that it is no longer a fitting emblem for display, should be destroyed in a dignified way, preferably by burning.”

So have we all been unintentionally disrespecting the flag during summer barbecues and beach days? It’s hard to say. Depending on how you interpret these rules, it might be acceptable to wear representations of the flag, especially if they are not completely accurate. In the end, the Flag Code is more of a strongly suggested set of guidelines than a steadfast law, so you don’t burn all your flag themed bathing suits and beach towels just yet. Ultimately, it is up to the individual to decide what is disrespectful and what is simply a show of patriotism. -Tessa 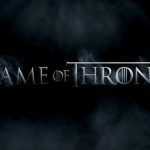