Nick and Jess, Together Again in Season 7?

Fox’s hit series “New Girl” has really slowed down the romance between Nick Miller and Jessica Day.  In the beginning of the series, both characters had some real character flaws to work on, but through the seasons we saw growth and maturity.  Is it time for best friends/ex-lovers Nick and Jess to put aside their differences and get together?

Nick Miller and Jessica Day are roommates, along with CeCe Parekh, Schmidt and Winston Bishop.

Nick and Jess started dating around Season 3. Their relationship ended because as Jess put it, “Nick, if I was always honest with you then we would never stop fighting.”

Nick is sort of a mess. Nick does not have a wallet, he keeps his money and ID in a plastic baggie. He keeps the rest of his money under his mattress because he does not trust banks. He also has an irrational fear of responsibility, and a tendency to self-sabotage. Schmidt put Nick in charge of providing balloons for a party. Nick showed up with a hot air balloon, but no propane because he did not know that hot air balloons require propane.

Jess is an elementary school teacher from Portland, Oregon. She sings more than she talks, and she talks a lot. She has a bank account, and she knows how to use the laundry machine, unlike Nick.

In the end of this past season, Jess’s boyfriend Sam Sweeney broke up with her for a third time. Earlier in the episode, Jess found an engagement ring in the pocket of Sam’s jacket. Jess realized she did not want to marry Sam. Jess avoids Sam because she does not want to reject him, but he finally catches up with her and they speak at the same time. Jess tells him she does not want to marry him and Sam says he wants to break up. The ring had fallen into Sam’s jacket pocket by accident, and it actually belonged to Schmidt’s mom.

The last time Sam broke up with Jess it was because he found out that Nick had kissed her.
Jess described that kiss with Nick to her best friend CeCe. She said she saw through space and time, and Nick described it to Jess as “a god-damned fairy tale.”

Jess walks Sam to the elevator and he asks her…

Sam: Just out of curiosity, Jess, why couldn’t you marry me?
Jess: Oh, I don’t know.
Sam: Come on, Jess. You know….[As the elevator doors close] It’s Nick.

Nick and Jess were best man and maid of honor at Schmidt and CeCe’s wedding. They have a secret hand shake and they are having a great time just being friends.

Nick invited Reagan, (Megan Fox,) to the wedding, unsure if she would come. Earlier in the season, Reagan had rented Jess’ room while Jess was on jury duty. Reagan comes to the wedding, surprising Nick. Reagan talks to Jess for advice on dating Nick, worried about his conspiracy theories, and his strategy for storing money.

Jess [to Reagan]: We were kind of a mess. I wanted him [Nick] to have a plan for his life and not keep his money in a box in his closet. And… he wanted me to not care about those things.

Jess expresses her recent discovery that material things matter much less that she originally thought. Jess dated Sam who was a stable, rich pediatrician, and the relationship still did not work out.

Jess looks tired and sad, and possibly depressed that a great guy broke up with her and encouraged her to go get a guy who is no longer interested in her.

Next season, will Regan and Nick still be together? Reagan has serious commitment issues, which is why she travels all over for work. Nick and Reagan might date, and then fizzle out because Nick realizes he loves Jess. Nick and Reagan could get serious. So far we have only seen Nick trying to get Reagan to notice him. The couple seems like two people attracted by their common difficulty with emotional vulnerability. Once one or both of them learn to open up, the relationship is sure to dissolve. In that situation, Nick would be in a better position to love Jess.

The writers are vague on the where Nick and Jess’ relationship will go next season. Regarding Nick and Jess rekindling a relationship in Season 6, “The door is not totally shut,” Liz Meriwether told EW at New Girl’s 100th episode party in Los Angeles. 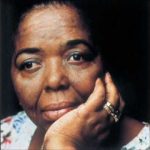 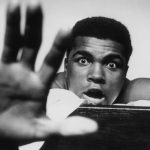