President Donald Trump continues to make headlines, albeit still for all the wrong reasons. This time the controversial Trump debuted a new poster during a cabinet meeting inspired by HBO‘s hit show, Game of Thrones.

Turning the GoT-themed “Sanctions Are Coming” meme into a giant poster, Trump featured it on Wednesday during the meeting at the White House. The meme was first tweeted by Trump himself last year in November after announcing the reimposition of U.S. sanctions on Iran. As a clear rip off to the hit fantasy series’ “Winter Is Coming” tagline, HBO has already released a statement saying it “would prefer our trademark not be misappropriated for political purposes.” GoT creator George R.R. Martin has also shown disgust towards the meme. Take a look at the poster above and the original meme below.

In related news, Donald Trump tweets have been turned into slides. 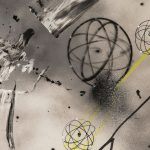 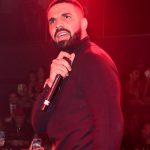