The easter eggs for Black Mirror: Bandersnatch keep on coming, as a new secret ending has been discovered for the multiple choice interactive Netflix film. Although the streaming service has confirmed five official endings, a post-credit scene has been discovered if users choose an exact combination of options the film presents.

The scene takes Stefan (Fionn Whitehead) back to the same bus from the beginning of the film, but instead of having the previous options, the new scene shows Stefan pulling out a tape of the “Bandersnatch” game he created. Several high-pitched sounds are played before the scene comes to an end. However, it has been reported the sounds represent data for a ZX Spectrum computer, which Stefan can be seen building in the film.

When the audio is run through a  ZX Spectrum emulator, a QR code is produced with a link that takes users to a promotional Tuckersoft site created for the film. The site has references to other games from the dev team like “Nohzdyve” and “Metl Hedd,” obvious callbacks to old Black Mirror episodes. A page for “Nohzdyve” includes a downloadable version of the game, but you need a ZX Spectrum emulator to play it.

Check out the sequence below and find out why it’s proving difficult for pirates to upload this film on torrent sites.

The sequence to trigger the secret ending is: 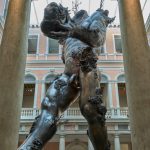 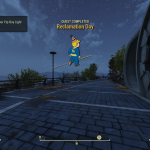