With the release of Jay and Silent Bob Strike Back on Netflix, director and comedian Kevin Smith took to Twitter to reveal that he has big plans for 2019. The Tweet showed a photo of Smith with producer, Jordan Monsanto, working away at the “pre-pre-production” for the reboot of the cult-classic movie. The photo was taken by none other than Kevin Smith’s partner in crime, Jay Mewes.

Titled Jay and Silent Bob Reboot, the movie involves the duo as they venture out to prevent a reboot movie from happening — taking more of a satirical and ironic look at Hollywood’s obsession for rebooting old titles. It’s good to see Smith back in action as Jay and Silent Bob Reboot was originally teased in 2017, but was delayed due to a heart attack suffered by Smith in 2018.

Spent the first day of 2019 having a #JayAndSilentBobReboot pre-pre-production meeting at our holiday-roomy @WeWork office! @JayMewes took this pic of me and @JordanMonsanto to both mark the moment and to document that we were the only dopes in Hollywood working on the holiday. pic.twitter.com/xTNrpN6OF6

What the F*ck is a @Netflix? Watch Jay & Silent Bob Strike Back – Now streaming: https://t.co/JniZXP4YR2 pic.twitter.com/5ZmQvnHe8X

HAPPY NEW YEAR! May you accomplish all the things you dream of doing (unless you dream of hurting people)! 2018 was the year that almost killed me, but 2019 will be the year of the REBOOT! pic.twitter.com/IRlRcgmArY 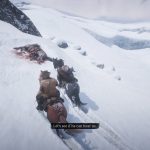 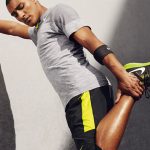