Black Mirror: Bandersnatch is taking the internet by storm, and as such, Netflix has released a featurette for the “choose-your-own-adventure” style film. The vid above highlights all the effort that went into telling the interactive movie, which tells the tale of a young programmer adapting a fantasy book into a game while slowly losing his grip on reality.

Although there are only five possible endings, the film has over a trillion unique alterations to the story depending on what options the viewer picks, according to Variety. Many staffers note how difficult it was to produce the project, especially for script supervisors and video editors.

The Black Mirror creator Charlie Brooker even mentioned not wanting to do the movie. “Netflix asked us if we’d be interested in doing an interactive story ever. My initial thought was ‘no, I don’t want to do that,’” Brooker stated.

Check out the video above, and check out some of the film’s easter eggs to seasons past. 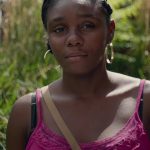