During the very last moments of 2018, Netflix has just shared a second trailer for its first ever K-drama, Kingdom.

In the first Kingdom trailer, released in mid-December, we can see the story is set in historical Joseon as a crown prince investigates a plague that has been devastating his country. The new trailer offers up a better look at the show’s plot, as well as new gory scenes for all those zombie fans out there. Giving off Train to Busan vibes, Kingdom is looking to please worldwide fans of the genre. Take a look at the new trailer above and read the official synopsis below:

“In a kingdom defeated by corruption and famine, a mysterious rumor of the king’s death spreads, as does a strange plague that renders the infected immune to death and hungry for flesh. The crown prince, fallen victim to a conspiracy, sets out on a journey to unveil the evil scheme and save his people.” 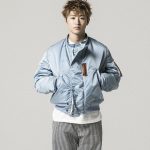 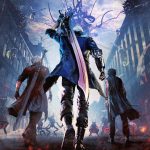