Supreme is commemorating William Strobeck’s recently-released BLESSED with a limited showing of the skate film in New York’s Cinema Village theater. Blessed is the second that Strobeck has shot for Supreme, the first being 2014’s Cherry, and it initially premiered via an invite-only showing exclusive to the Supreme skate team and close friends. No special merch has been announced for the limited showing, but if nothing else, a ticket will get you into a guaranteed-sold-out screening of the 82-minute skate movie.

Buy tickets on Cinema Village’s site while they last. In case you can’t make it to any showings tomorrow, you can snag the complete BLESSED package for under $100. 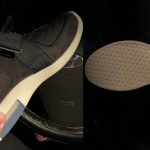