The newest trailer for The Prodigy has surfaced, featuring Robert Scott (Georgie from IT) as Miles — a disturbed young man that has possibly been overtaken by a malevolent force. The trailer showcases his mother Sarah (Taylor Schilling) grappling with her maternal instinct to protect him rather than investigating what or who could be the cause of her Miles’ dark turn.

Nicholas McCarthy (The Pact, At Devil’s Door) will direct the film, and speaking with EW, stated “When I sat down and read that script, for the first half, I was thinking, ‘Wow, this is [a] really interesting, and creepy, and twisted variation on the evil kid subgenre.’ McCarthy continued “But then the script just went to this place that I couldn’t believe and that’s what made me go from, ‘Here’s a movie I think might be cool’ to saying, ‘Here’s a movie that’s gotta be made,’ because where Jeff takes the story is truly unexpected.”

Check out the visuals above and see The Prodigy February 8. 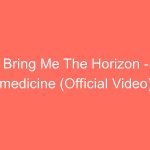