Following our first look of the new season, Netflix has released an announcement trailer for the second season of The Punisher starring Jon Bernthal. The footage showcases an intense look at both Frank Castle and his former partner, now archenemy Billy Russo.

Not only do we see the scars left on the latter following their previous battle, but we also see his new mask, which is reflective of his face and new villainous alias Jigsaw. Russo’s facial scarring has also taken a toll on his psyche, as he growls in the trailer “This face has everything I’ve ever done wrong written all over it.”

The trailer paints the two as two sides of the same coin, with similar outlooks on life, skillsets, and the penchant to kill. This season has been described as Frank Castle’s push to adapting The Punisher persona with full force.

Check out the footage above and share your thoughts below. The Punisher season 2 hits Netflix January 18. 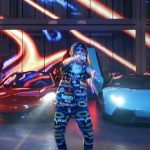