After a first look at the new feature length episode arrived earlier this week, Netflix has now unveiled the first trailer of the upcoming Black Mirror: Bandersnatch. The show — featuring Fionn Whitehead, Will Poulter and People Just Do Nothing‘s Asim Chaudhry — is set to hit Netflix on December 28.

The show focuses on a young programmer — played by Whitehead — who is attempting to adapt a sprawling fantasy novel titled Bandersnatch into a new video game. Over the course of the show, the programmer is encouraged that “when its a concept piece, a bit of madness is what you need.”

Set in London in 1984, the latest Black Mirror installment is a reference to a game also titled Bandersnatch, which was never released. Take a look at the trailer above, and tune in to Netflix to catch Black Mirror: Bandersnatch on December 28. Black Mirror‘s full fifth season is believed to be hitting Netflix in early 2019. 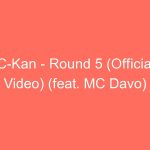