The California house where David and Louise Turpin allegedly tortured 13 of their children sold at auction for $310,360.
Following foreclosure last year, the Perris, California, property hit the auction block after authorities arrested the Turpins, who are currently awaiting trial. In January 2018, one of the couple’s 13 children escaped from the 1060 Muir Woods Road home and alerted police that her parents were imprisoning her siblings.
1060 Wood Muir Road.
According to officers who then entered the scene, the Turpins allegedly kept 13 children, aged from 2 to 29, chained and shackled. Later investigation revealed that the children did not have access to outside contact, clean clothing, medicine or even proper food. One 29-year-old weighed only 82 pounds, police said at the time.
Even though the house was only built in 2013, the lack of maintenance and filth had turned it into what some have dubbed a real-life ‘house of horrors.’
But the harrowing tale has not stopped buyers from eying the home — after the Turpins’ arrest, the property was foreclosed and put to auction online by an undisclosed lender. The Hudson and Marshall listing advertises the house as a four bedroom, single-family home but makes no mention of its grisly history.Hold the chicken manureOwning the end-to-end customer experience READ MORE
David and Louise Turpin. Facebook.
A customer service representative for Hudson and Marshall told the Press-Enterprise that they asked the property owner to forward those details and plan to add them to the description.
As of Friday afternoon, no description had been added.
The auction closed with the final bidder offering $310,360 for the property following four days of bidding. According to the listing, the winning bid is currently under review.
Turpin House Neighborhood.
The laws on what house history owners are legally required to disclose can vary from state to state — last summer, a couple settled with Keller Williams after unknowingly buying a property once used as a meth lab.
Email Veronika Bondarenko 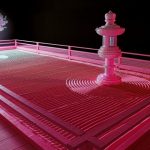