‘We cannot begin to understand the pain’

Electronic Arts has announced the opening of a tribute fund to benefit those affected by the senseless violence that took place in Jacksonville, Florida last weekend, where lives were lost as the result of horrific shooting incident during a Madden 19 tournament.

The publisher has put forward an initial donation of one million dollars to help the families of victims Elijah Clayton and Taylor Robertson, as well as others who were affected by the terrible events of that day. “We’ve all been deeply affected by what took place in Jacksonville,” said CEO Andrew Wilson in a statement. “This is the first time we’ve had to confront something like this as an organization, and I believe the first time our gaming community has dealt with a tragedy of this nature. Please take time to support each other through this challenging time”.

In addition to the Jacksonville fund, EA will be holding a live stream on Thursday, September 6. No further details as to what the live stream would entail were announced, but it is hoped that the event will help bring the community together through play, and no doubt encourage further donations toward the charity benefit.

EA’s full statement about The Jacksonville Tribute can be read below. 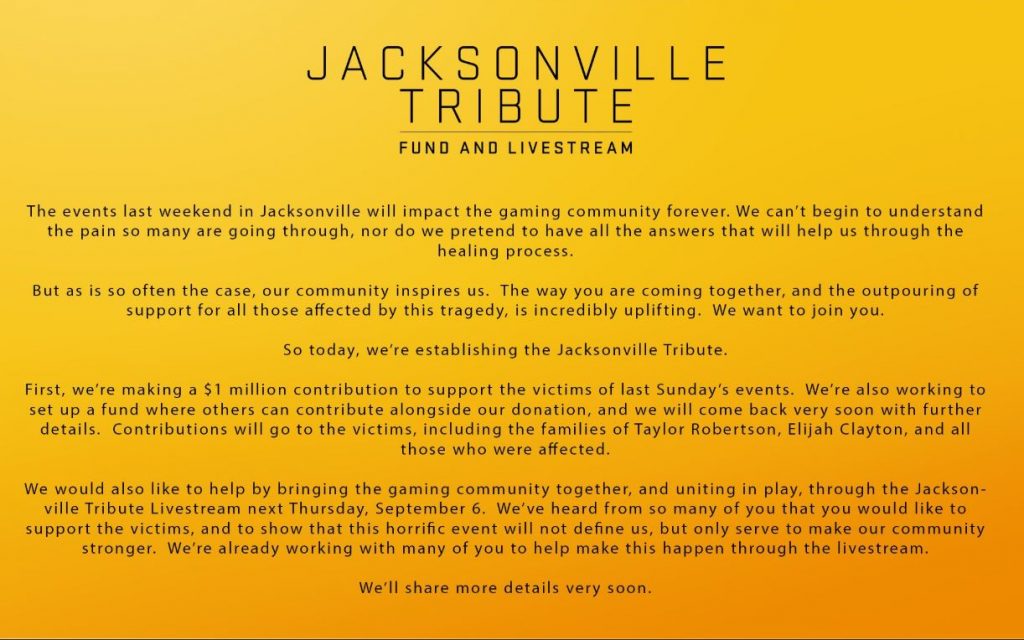