That’s ‘Qatherine’ to you, buddy

Along with the new video, pink-haired new star “Rin” has been officially dubbed “Qatherine”. In a bizarre new feature, multiple soundtracks have been added, allowing players to pick from eleven different voice artists to play the role of blonde-haired temptress Catherine. Weird. As previously announced, new optional tweaks will give the player the opportunity to breeze through the game entirely with the minimum of effort. Go back a move, climb with one button, puzzle restart, the works.

A special edition has also been announced for Japan. The set will contain a copy of the game on PS4 or PS Vita, various in-game items, limited-edition artwork, a four-disc soundtrack set and a 44-page artbook, all housed in gorgeous new packaging. 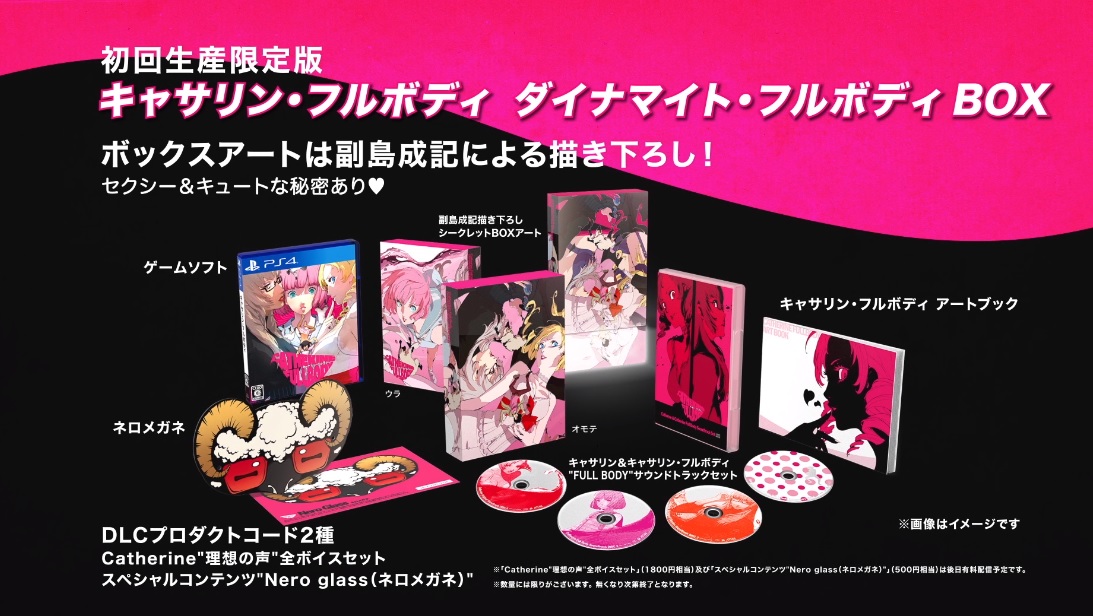 Keeping the weird factor at an all-time high, Atlus has also noted that Joker, protagonist of super-popular RPG Persona 5, is to be made available as a DLC character. The heart-stealer can be used in Catherine: Full Body’s Babel and Colosseum modes, all whilst his fellow Phantom Thieves provide commentary. You certainly didn’t see that coming.

You can check out the new marketing reel below. I got a real kick out of the 2001: A Space Odyssey spoof. Catherine: Full Body launches on PS4 and PS Vita in Japan February 14, 2019. A western release is confirmed, but no date is forthcoming as of yet.