Jean Vigo in 4K, Werner Herzog in 35mm, and Donnie Yen Tries to Reach These Kids

Hello, intrepid cineastes, and welcome back to The 300, a recurring feature on my clownish attempt to watch 300 movies in theaters in the year 2018. This is a bleak meditation on the absurd ecstasy of art amid the vulgar and inescapable brutalism of life in our modern cities. (You just read that in Werner Herzog’s voice.) I’ll be seeing new releases, repertory screenings, hidden gems, and festival films to experience the wide world of cinema in all its glory. I hope you see something here you’ll want to check out, or I’ll eat my own shoe.

It was a week of movies made outside the United States, which is a tad more difficult than it sounds now that MoviePass is basically a Redbox from hell. I’ve used MoviePass three times in one month, so I’m about to find out what their newly implemented discount system on subsequent tickets is like. I’m assuming they’re going to give me a dollar off a restricted ticket. MoviePass parent company Helios and Matheson Analytics is currently trading at 2¢ a share. You can buy about 750 to 800 shares for the cost of a New York City movie ticket. At least AMC A-List has worked well for me. While it won’t cover any Fathom events (such as the special theatrical run of Satoshi Kon’s Perfect Blue later this week), it’s already more than paid for itself.

By the way, it’s Werner Herzog’s birthday today. Didn’t plan my moviegoing this way, but happy birthday, Mr. Herzog. Might flip through Conquest of the Useless: Reflections on the Making Fitzcarraldo tonight. There are a lot of good passages on the absurdity of being an artist, and why making art is, though difficult, in its way worthwhile. 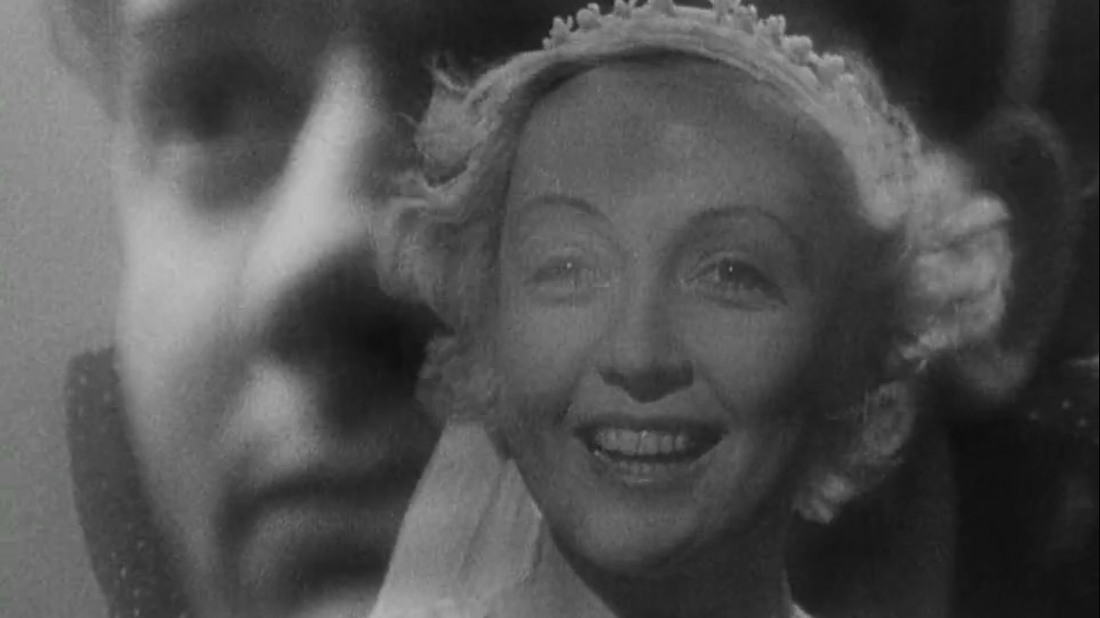 Jean Vigo only made a handful of films before his death at age 29. Watching his complete works in two days made me reflect on the promise of what was there. It was enough to inspire the filmmakers of the French New Wave, notably Francois Truffaut. More than that, I wondered what could have been if he hadn’t succumb to tuberculosis. It lent all of his work an air of melancholy beauty, or maybe it enhanced the melancholy beauty that was already present. A 4K restoration of his complete works by the Gaumont Film Company is coming out in select US theaters thanks to Janus Films.

L’Atalante, Vigo’s full-length feature, is his most famous work and often hailed as one of the greatest movies of all time. It’s a film I found myself grappling with and admiring, beguiled by the cinematic technique as well as the precarious romance between Jean (Jean Dasté) and Juliette (Dita Parlo). A barge captain and his young country bride live in a smelly old ship. Their love seems genuine but it’s also so naive and old fashioned. He’s possessive and controlling and has an abusive streak, she’s eager to see the world rather than content to be a boatwife. This might not turn out well if the film followed the couple for a few years, but during this honeymoon period, we get to watch their enchantments, disenchantments, and compromises with one another.

L’Atalante plays out like an earthy fairy tale, and the messiness of this relationship was part of its pull for me. There’s a moment when Jean sticks his face in some canal water, mocking Juliette for her romanticism. In this 4K restoration, we see clear water as well as a skin of oil and grime on the surface. Something about that water, both potable and off-putting, encapsulates the movie for me. It’s a love as simple as teenage feelings but as squalid as the eponymous ship, all rust, brine, and stray cats running amok. There’s a beauty amid that squalor that haunts me, like a shot of Juliette walking across the barge in her wedding dress, or the famous scene of Jean, distraught over Juliette’s absence, swimming in despair in search of her face. It makes the opening wedding procession all the more fascinating to me. They march dutifully arm in arm, and yet I wonder if they sense the uncertainty ahead. 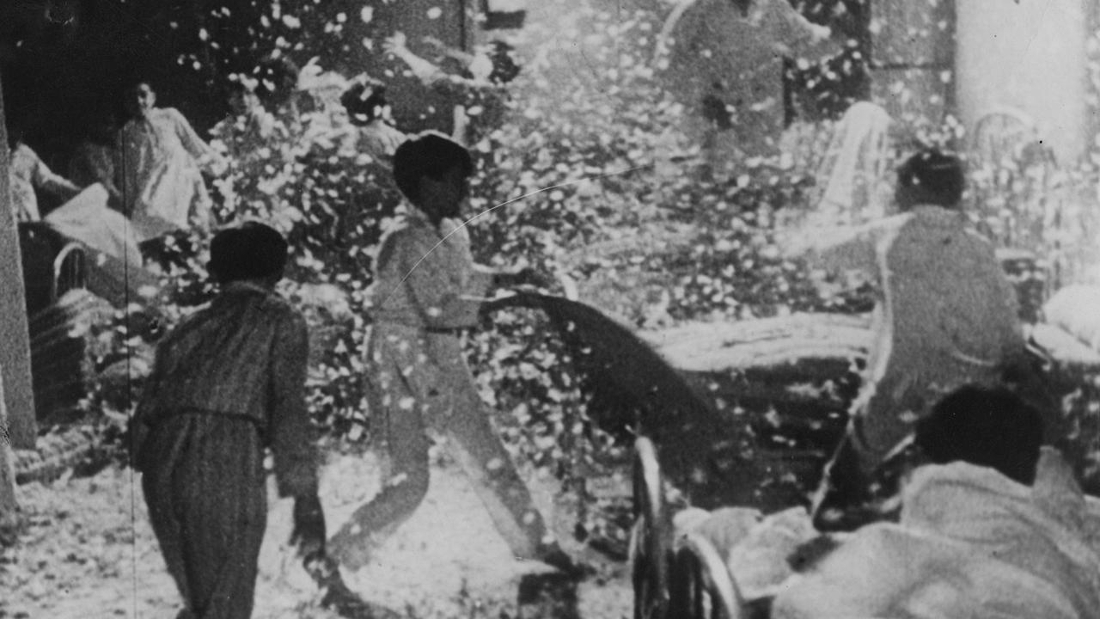 There’s a comic choas at work in Zero for Conduct that’s enjoyable even if it’s brief. (The featurette clocks in at 41 minutes, qualifying it for inclusion in The 300.) This is youth in revolt in a crummy little French boarding school, and I rooted for the band of delinquents to tear everything down around them. Boys will be boys, or perhaps they will be anarchists. Vigo shoots this mini-revolution with a playful eye, finding humor in so many absurd pranks. The only ally these boys have among the adults is played by Jean Dasté. We know he’s good because he mimics the gait of Charlie Chaplin. Perhaps there is the sense that the boy won’t be entirely wrung out of the man as adulthood sets in. There’s hope yet for these young revolutionaries.

Zero for Conduct played as shared program with two of Vigo’s non-fiction shorts, À propos de Nice (1930) and La Natation par Jean Taris (1931). À propos de Nice is a lyrical and vertiginous cinematic poem about the city of Nice, where Vigo lived and worked for a time. The film captures the city’s architecture, its leisure class, and its poor and working class. As a political collage, the contradictions of wealth and poverty make for a striking juxtaposition; we begin among the beaches in sunlight and conclude near the factories in smoke. La Natation par Jean Taris is a playful short about French Olympic swimmer Jean Taris. He demonstrates strokes and breathing techniques in slow motion. It feels like Vigo is getting accustomed to the camera and what it can do, with a few shots playing out like a test for moments perfected in L’Atalante. 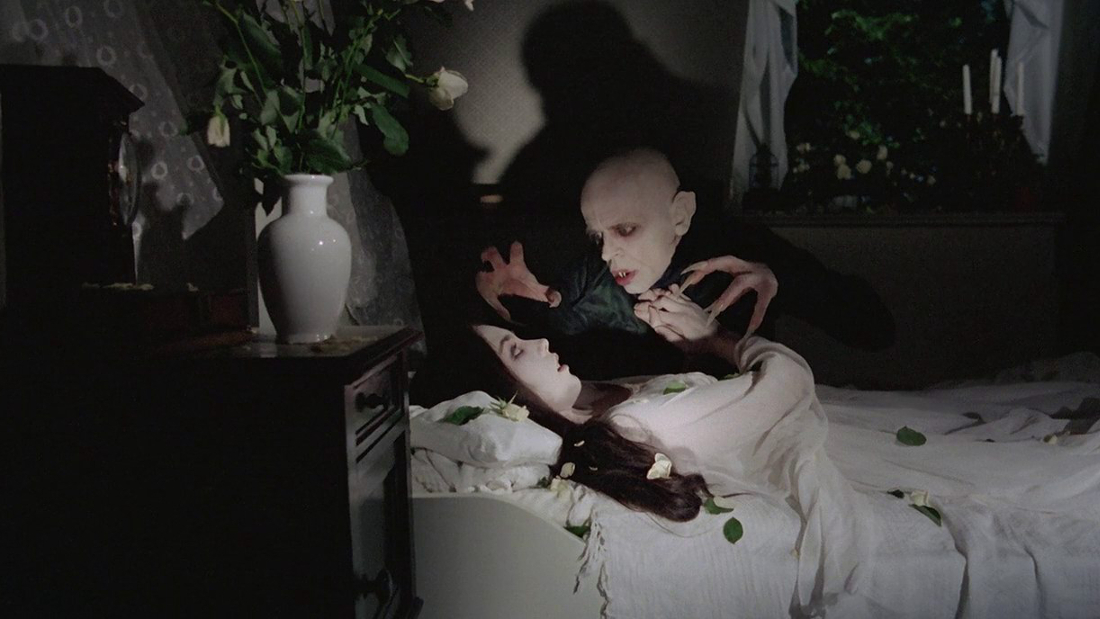 Werner Herzog’s reimagining of F. W. Murnau’s Nosferatu is an uneasy goth apocalypse. The existential dread is pervasive, though the full scope of the story doesn’t become apparent until the second half. We’re first given images of natural splendor as Jonathan Harker (Bruno Ganz) is off to meet with Dracula (Klaus Kinski). The hills, streams, and trees then give way to the claustrophobic confines of Dracula’s castle. It’s a place that evoked a lingering dread in me. Even in daylight, the pale sun seeps into rooms sickly. As Dracula, Kinski is a terrifying force, at times softly creepy and other times a rabid menace. The extended handheld camera shot as Jonathan cuts his finger over dinner is wonderfully eerie. It covers the full range of Kinski’s performance under all that makeup, and maybe even the further surprises that Herzog has in store. We are in the company of a madman. It’s like walking into an empty room and seeking a large, angry rat standing on its hind legs in the middle of the floor as if expecting you. What will this creature do if I move?

As the movie switches locales from the castle back to the idyllic port city Wismar, the apocalyptic overtures become clear. The city becomes overrun with plague rats, turning once busy streets into desolate spaces where Dracula prowls alone. By day, escaped farm animals defecate where they will; citizens revel with abandon among the emboldened rat population, resigned to their imminent deaths. The social order has broken down; chaos is winning. Certain scenes in the square reminded me of similar moments in Werckmesiter Harmonies (The 300 Week 25). Jonathan’s wife Lucy (Isabelle Adjani) puts up a valiant fight against Dracula’s power, yet Herzog takes the familiar story of good vs. evil in a new direction. The legends of the past may not be enough to forestall the powers of entropy or the inevitability of extinction. We are doomed even if we know the stories, and even if we’re pure of heart. Death does not discriminate.

The 35mm print of Nosferatu was beautiful and bizarre. Certain scenes were not subtitled, which made me think the print was assembled from US and German sources. While I didn’t get to read all of the lines, I was still captivated by the general bleakness of the film, which speaks to the power of Herzog’s tone and images. 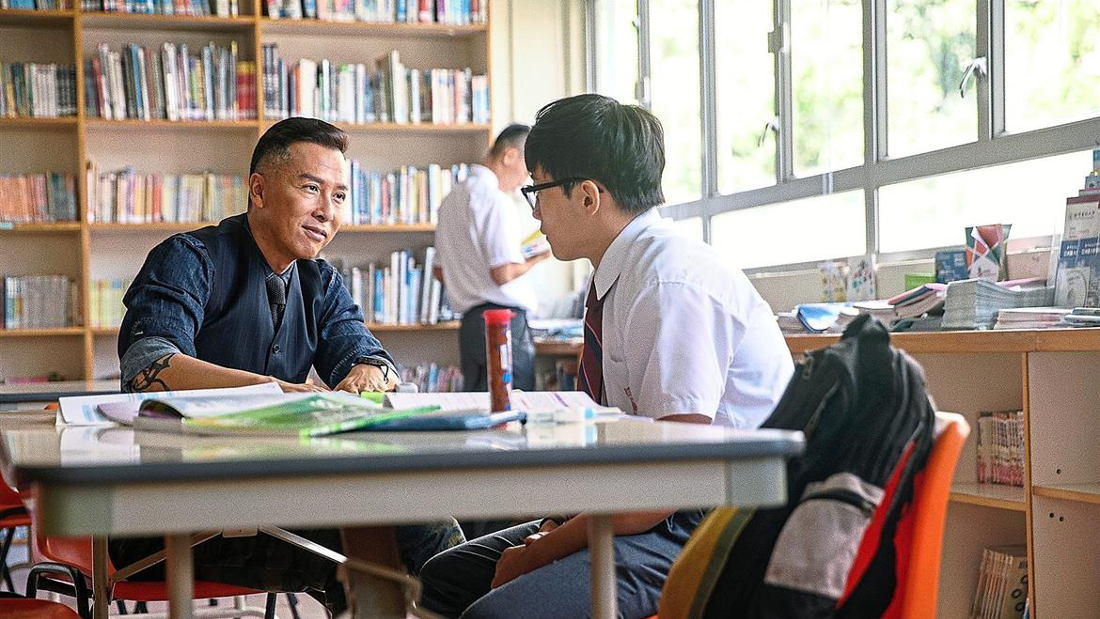 Big Brother is basically Stand and Deliver but with Donnie Yen instead of Edward James Olmos. It’s both as clunky and amusing as that drunk elevator pitch sounds. Yen’s character is a mix of Mary Poppins and Arnold Schwarzenegger in Kindergarten Cop—a badass who is practically perfect in every way. He decides to teach troubled kids at a struggling Hong Kong high school; he has his reasons. We then get a whole bunch of teenage melodrama combined with inspiring-teacher-movie cliches, but all given the eclectic flavor of a Hong Kong production. Every now and then, Big Brother will go into message-movie mode, incorporating real footage of Hong Kong students and direct appeals (essentially into the camera) for educational reform. There’s also a go-kart race and a surprising amount of thoughtful Cantopop ballads with English lyrics about never giving up on your dreams. Big Brother even has a soul-searching montage that feels like Forrest Gump by way of Billy Jack.

But this is a Donnie Yen movie, which means there has to be a fight somewhere. There are two, and they are good. They are not on the same level as his duel against Wu Jing in SPL, his brutal throwdown with Collin Chou in Flash Point, or the balletic flurries of the Ip Man films, but they show an evolution of Yen’s screen fighting style over the last two decades. The fights are MMA-influenced, with a lot of grappling, throws, and reversals. It’s funny where they land in the film, though they’re effective and complement the messy but oddly enjoyable whole. 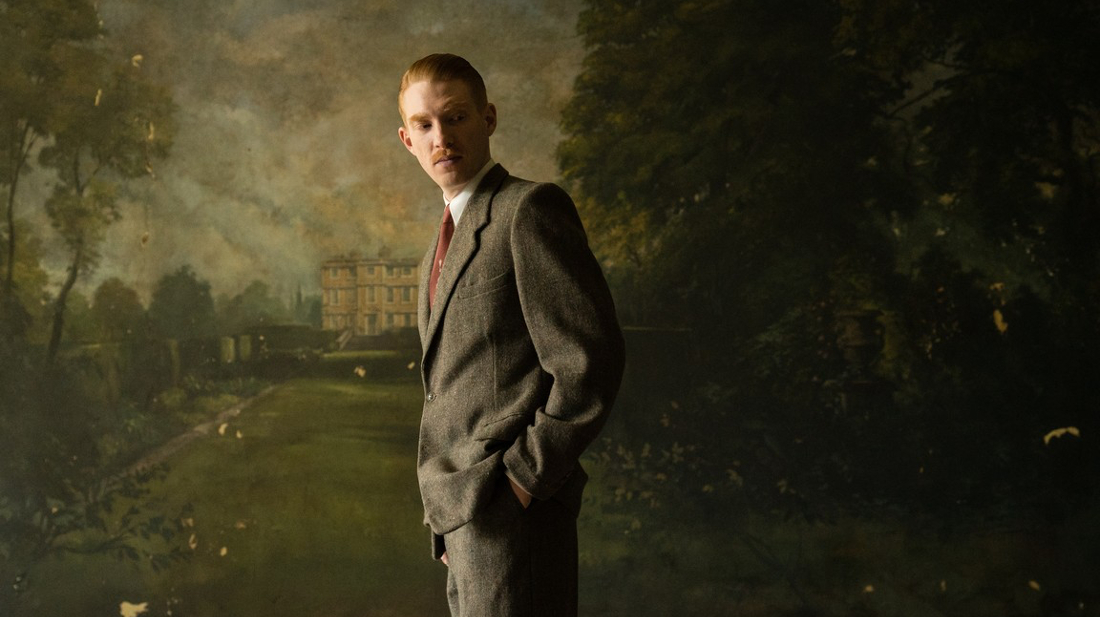 The Little Stranger is Lenny Abrahamson’s follow up to 2015’s critically acclaimed Room. It’s been deceptively marketed as a ghost story even though supernatural elements are a tertiary concern of the film. The Little Stranger is more of a repressed gothic romance with an eye on social class and the class resentments that can grow over time. It seemed promising once I adjusted my expectations partway into the film, but I was never really engaged with anything happening on screen. It was all so prim and proper, restrained to a fault, and surprisingly dull. While handsomely lensed, the movie wasn’t even visually interesting; everything was just cold, dark, and elegant, which is also how I felt about the performances.

About midway through The Little Stranger I felt totally disengaged. I wondered what I was supposed to care about in this story of a doctor and the lonely uppercrust gentry in a rotting house. Had I missed something? Or maybe several somethings that would have helped me sustain my attention? I’m willing to give the novel it’s adapted from a chance, however. Maybe there’s something that was lost in translation from page to screen.