I honestly got stuck with Instantly Family to review. Sometimes as EIC you gotta take a bullet for the team and let someone else review the big Harry Potter film (review coming later) or whatever. I was all set to take the sappy, melodramatic, crass-comedy bullet of low quality that Instant Family looked to be. All set to roll my eyes as I boldly stepped in front of this oncoming projectile for the sake of the Flixist staff.

Funny thing, I dodged the bullet and got a hug instead. Not some cheesy, pat-you-on-the-back, perfunctory hug from a relative you barely know. Not the overly dramatic hug of someone who is way more into seeing you than you are into seeing them. Not the hug of an obnoxious uncle, who tells you a fart joke the second he’s got you trapped in his arms. But a real hug. The kind that makes you feel like home just wrapped its arms around you while telling you an inside joke that makes you laugh and cry at the same time.

Instant Family has all the hallmarks of a really bad movie. It’s “based on a true story,” full of the kind of derivative emotional story arcs that usually populate faith films, and directed/written by Sean Anders, the man who brought us a laundry list of poorly written and directed comedies including That’s My Boy, Daddy’s Home 1 and 2, Sex Drive, and Horrible Bosses 2. The plot itself is straight out of a viral good news story that made the front page of Reddit: Ellie (Rose Byrne) and Peter (Mark Wahlberg) decide to foster-to-adopt a child on a whim, and end up with three of them: Lizzy (Isabela Moner), Juan (Gustavo Quiroz), and Lita (Julianna Gamiz). It’s the kind of thing that looks like its going to be handled with the emotional subtlety of a hammer, and by all rights that’s what it should be.

Somehow though, Anders finally found the family story he wanted to tell without all the bad jokes and poor timing getting in the way. I’m not sure what happened, but the screenplay and moments of comedy Anders delivers this time around are both touching and authentic. The movie still fits into the standard comedic formula, but it has an earnestness that it really has no business having. Maybe it stems from stellar performances from the entire cast, including three child actors who knock it out of the park, bucking the odds of finding that many young actors who can actually deliver. Wahlberg and Byrne build a wonderful relationship that feels both honest and real, and even secondary characters, such as Octavia Spencer and Tig Notaro’s bickering adoption counselors, feel rounded and whole. 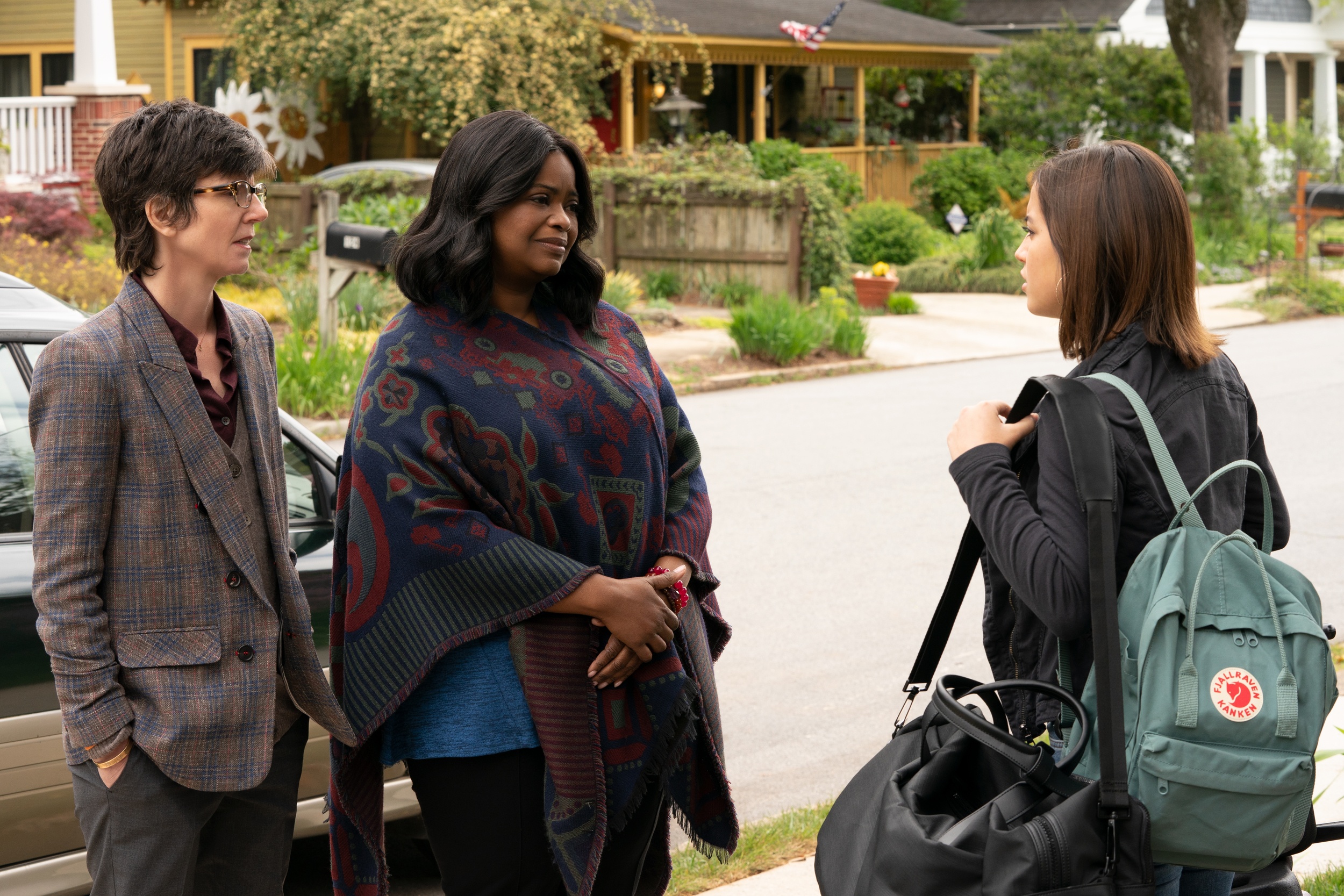 The film’s laughs come, for the most part, not from punchlines or antics, but from this strangely honest place. They’re funny because they feel true, not because they’re jokes. A conversation between Pete and Ellie about how they can get out of adopting the three children after a particularly trying series of events is both darkly comical, harshly honest, and wonderfully portrayed. The entire film has this strange not-comedy-but-comedy balance that makes its story more than a punchline, but keeps it clear of cliched melodrama and contrived pap.

There are moments that don’t work, for sure. Sometimes Anders’ comedy starts to veer into the slapstick, gross-out style of his previous films. It’s in moments like this the film can lose its heart, such as a scene where the two parents berate the wrong person for sending Lizzy “dick pics” and pressuring her into sending nude photos. Yet at the same time, that plot point is executed honestly and brazenly, without making a gag out of the entire experience. It’s this balance that keeps pulling the film back to its core, and one Anders has never had before in his previous films. 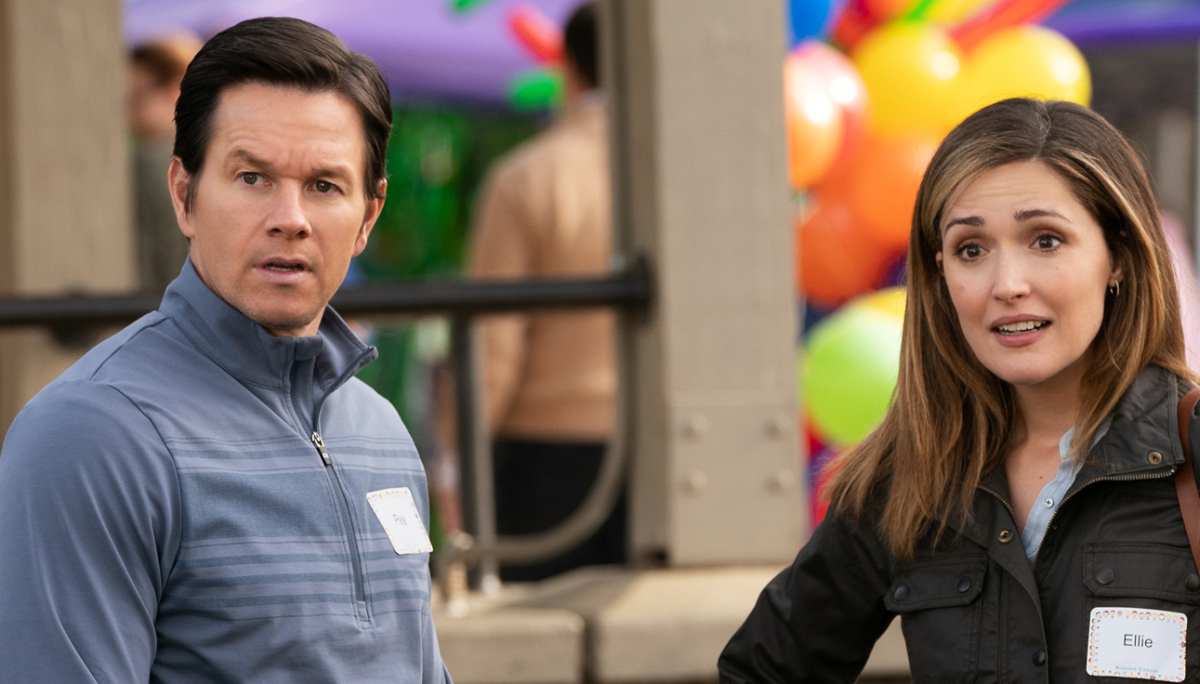 As reviewers, we’re often asked to review films in some sort of entirely objective bubble, as if our opinion could possibly be espoused without our own personal experience behind it. That’s not how it works; our personal connection to a film could be just as important as its quality. When you read someone’s opinion you’re reading their opinion, not a checklist from a quality robot. This is all to say that a big part of my praise for this film, though definitely not all of it, is that it hit home for me. As someone who has looked into adoption with my own family and is in the process of raising a child, Instant Family delivered an honest and emotional sweet spot that resonated with me in a way a lot of films don’t.

It is very possible that it will not do that for you, but that won’t make it bad. In fact, the very reason I felt that big “hug” is because it works on all levels. I may have an emotional connection with the film that another viewer doesn’t, but that works two ways. If Instant Family wasn’t good it would have pissed me off even more. If its story or themes had been executed in the crass or uncaring manner I had initially expected, I’d be tearing this film apart. Thankfully, there’s a heart to this film. It may seem to not belong when looking at it from the outside, but often times that’s what families look like too: full of parts that shouldn’t hold together but do. 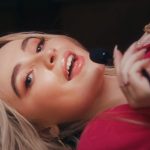