Believe it or not, prior to my screening I wasn’t paying that much attention to Illumination’s The Grinch, but from what I did see I thought the film was going to try something a little new with the character and focus on how he became the green, old miser living above Whoville with his much put-upon dog. It’s not a prospect I was all that excited about, considering the book and the classic holiday special make it abundantly clear that no one knows why the Grinch hates Christmas, but at least it sounded like something different. Maybe it could have its own special Christmas charm.

Well, it’s not and it doesn’t. This is simply the story we’ve all read a million times over, told by the people that brought us the minions. Though the title says Dr. Seuss’s The Grinch, it is truly Illumination’s. Whatever that means to you is what you’ll get out of this movie.

I’m sure there are people on this earth who have never read of Dr. Seuess’s How the Grinch Stole Christmas. There are even more people who have not seen the classic holiday cartoon of the same name, despite its rebroadcast every year. There are far, far more people who have not seen the Jim Carrey adaptation (once again, of the same name). What I’m saying is that there are probably some people who do not know the plot of The Grinch. For them: the Grinch (Benedict Cumberbatch) doesn’t like Christmas, but he lives above Whoville — populated by Whos — and they love Christmas. So he decides one day to steal it. This is the story of how he does it.

The problem with taking Dr. Seuss’ book and stretching it into a full-length movie is that there isn’t really any need to do so. The book’s tale of the true spirit of Christmas succeeds in no small part because of its concise nature. Inserting more into it mostly just means filler that the tale didn’t need in the first place. The Jim Carrey film suffered from this as well, but was buoyed by Carrey’s performance enough to make it something enjoyable. The Grinch doesn’t have this, and while there’s nothing wrong with the extra moments it inserts into the plot they don’t actually make it better. Almost every new aspect of the film could be removed without the message getting lost.

This leads to a movie that seems to not understand the very basic message of Dr. Seuss’ book. The film routinely contradicts its message. We’re told that no one knows why the Grinch is so grumpy, and then shown exactly why he is in a brief and pandering flashback. It makes his entire story feel disingenuous. A film about the Christmas spirit should make you feel like the creators actually cared, but instead it feels like they were forced to piece it together. It doesn’t matter why the Grinch hates Christmas, it matters that the Whos love it even if it doesn’t come with packages, boxes or bags. What comes across is that the film itself is exactly the kind of thing the Grinch stole: meaningless fluff that clouds the true meaning of the holiday.

The one exception to this is the Grinch’s dog Max. In the grand tradition of Illumination, the studio has once again delivered a sidekick that’s annoyingly enjoyable. Max’s slavish devotion to his owner despite being treated poorly throughout is touching, bringing a level of heart much of the rest of the film lacks. Max is honestly the saving grace of this film. Without the well-developed relationship between him and the Grinch the entire movie would feel empty, with it you can believe that the film’s heart isn’t actually two size too small — maybe just one.

This isn’t all to say that the movie is terrible, it just is what it is. There’s plenty of comedy that works that all feels right in line with Illumination’s usual level of quality. Say what you will about the minions and their other films, but there’s a reason they are a success, and it’s because they’re actually fun. That fun is here, but it doesn’t feel as creative or interesting, even compared to their previous Dr. Seuss adaptation, The Lorax. The Grinch isn’t a bad kids movie, and it’s visually stunning, but it is just a kids movie, which feels like not enough for something so iconic. 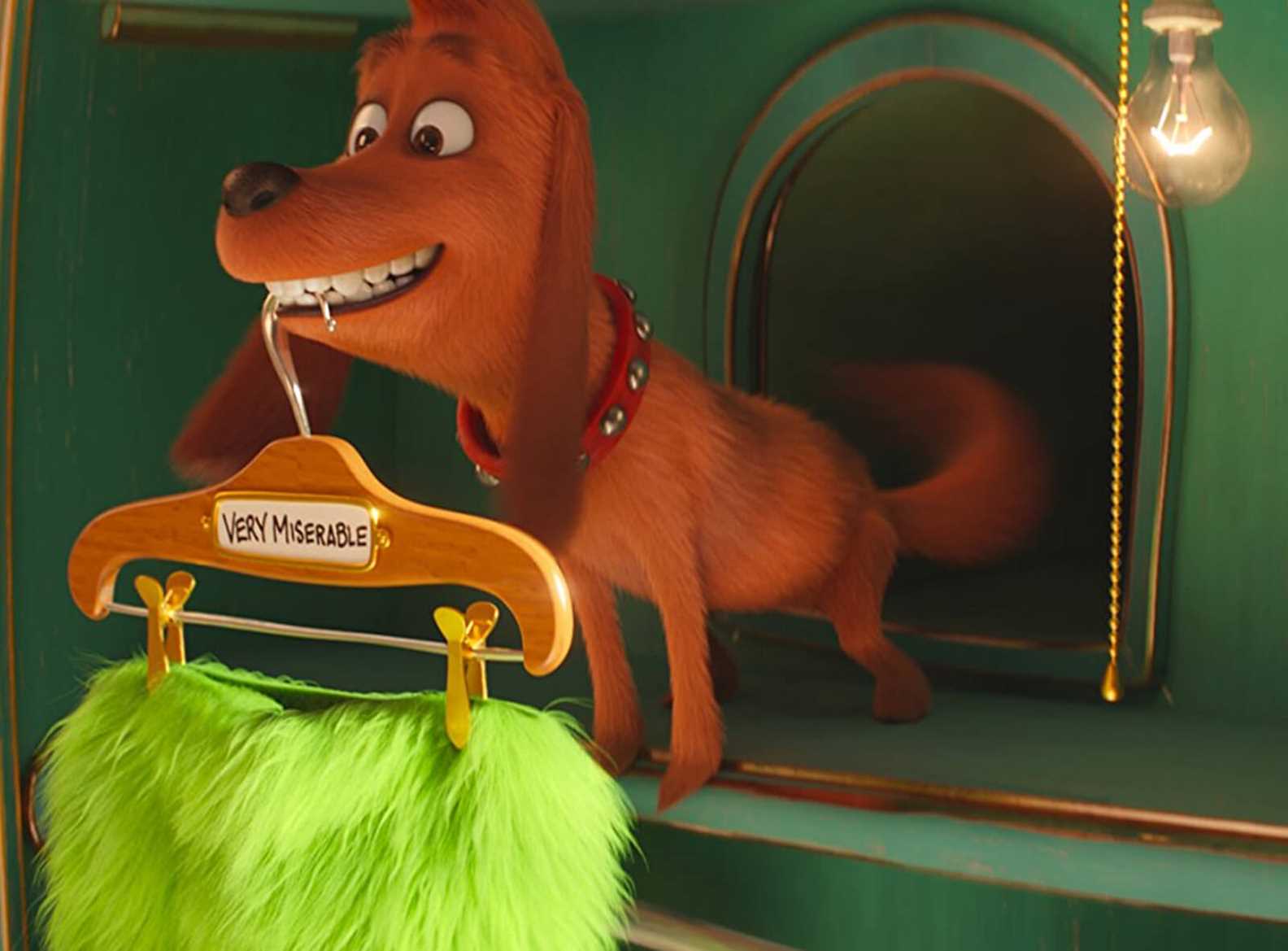 Finally, the music. At first, I wasn’t going to devote an entire paragraph to Tyler, the Creator’s take on the iconic Christma song, “You’re a Mean One, Mr. Grinch.” However, as I wrote it kept popping back into my mind in the worst way. It sucks. I know that Mr., The Creator is better than this, but his decisions in producing his cover make it practically unlistenable. The scene that it plays over is pretty much ruined by it — a forced cover to show “the kids” that the movie is with it. I’ll be the first to admit that it worked with Pharrell and Despicable Me, but the low quality of this song, coupled with the contradictory message about Christmas, and the iconic nature of the original make this feel embarrassingly desperate.

I often conclude my reviews of children’s movies I’m critical of with something along the lines of “the kids in the theater enjoyed it.” That’s not really a high bar, but it’s a good way to remind everyone that quite often the critical eye on these things is entirely off base because the movie wasn’t meant to be picked apart. I’m going to do that again here, but with a bit more of a personal note: I took my three-year-old son to this movie. It was only his second movie in a theater, but he’s a big fan of “Mr. Grinch.” He sat through the entire thing entranced. So scratch what I said in the intro, whatever that means to you is what you’ll get out of this movie.

The Grinch reviewed by Matthew Razak

An exercise in apathy, neither solid nor liquid. Not exactly bad, but not very good either. Just a bit “meh,” really.
How we score:  The destructoid reviews guide