The Quiet Man isn’t a game I’m supposed to preview at PAX. When my appointment was made for Square Enix, it was for Left Alive, a lackluster presentation I’ve already covered. I have no interest in playing The Quiet Man after the “big” gameplay reveal a few weeks ago until multiple people with little or no connection to one another keep bringing it up in conversation. It’s a game I have to see, they tell me. Not one of them speaks of it with any sort of reverence. It’s the exact opposite. In a convention with games where you control a goose or shout out absurd movie plots, it’s by far the most ridiculous thing on display.

One recommendation I can ignore, but several? Seems I can’t justify leaving Seattle until I give it a go.

On the final day of the PAX, the Square Enix booth is packed everywhere except for The Quiet Man. I stroll right up to the small selection of monitors set up to play the game and wait as another person, their face quite quizzical, wraps up their session. When it’s my turn, I’m approached by a woman at the show who doesn’t mutter a word. Instead, she directs me to look at her phone, which is relaying some information about the game. I’ll get to some of what it says later, but the most pressing tidbit of knowledge it lays down on me is this game is completely silent. 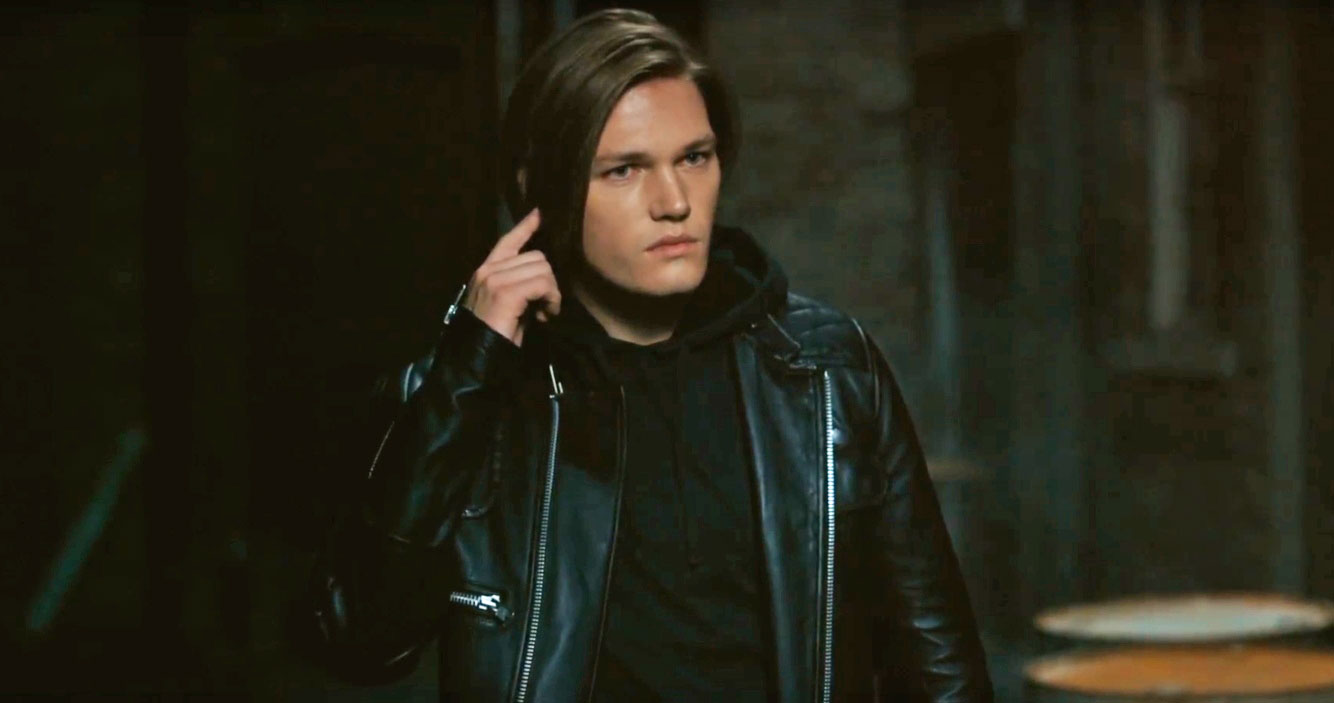 I should say it’s almost completely silent. As I find out during the various cutscenes, which between live action and in-game engine make up approximately 95 percent of the experience, I can hear muffled noises when characters speak. They’re extremely muted and, when I listen closely, sound like Charlie Brown’s teacher being suffocated by a pillow.

With the noise-cancelling headphones I’m provided, that’s all I hear for the 15-minute-or-so demo. It starts with the footage we’ve seen if you’d followed this game at all. The Quiet Man, a deaf character who I’ll refer to as Millennial Leon Kennedy for the remainder of this preview, approaches a trio of Latino gang members in an alley. All of this is shot with live-action footage and after one of the gang members is taken out, it changes to the PS3-looking in-game engine for the rumble.

The five percent of the game that isn’t cutscenes is a typical brawler. Millennial Leon Kennedy’s attacks and combos are all pretty effective. They pack a punch and have some heft to them. I get into it, deftly taking on two or three opponents at a time, only to be pulled out when I trigger a specialized attack that has him jump from one spot to the next for the pre-animated sequence.

These fights are intertwined with small bits of Millennial Leon Kennedy’s backstory. When he was a kid, a young Latino gang member shot and killed his mom. This is all done with real actors and images from this cutscene are super imposed over the gameplay as I kick ass through the gang hideout. From a filmmaking perspective, it’s quite an effective editing choice that conveys my character’s motivation. It’s just the entire sequence comes off as ridiculous in the absence of sound. I don’t hear the crunch of the bones, the sound of the gun that killed his mother, the screams of agony when I break a guy’s face. I absolutely get the idea of pitching something like this, I just don’t understand is how it wasn’t almost immediately shot down. 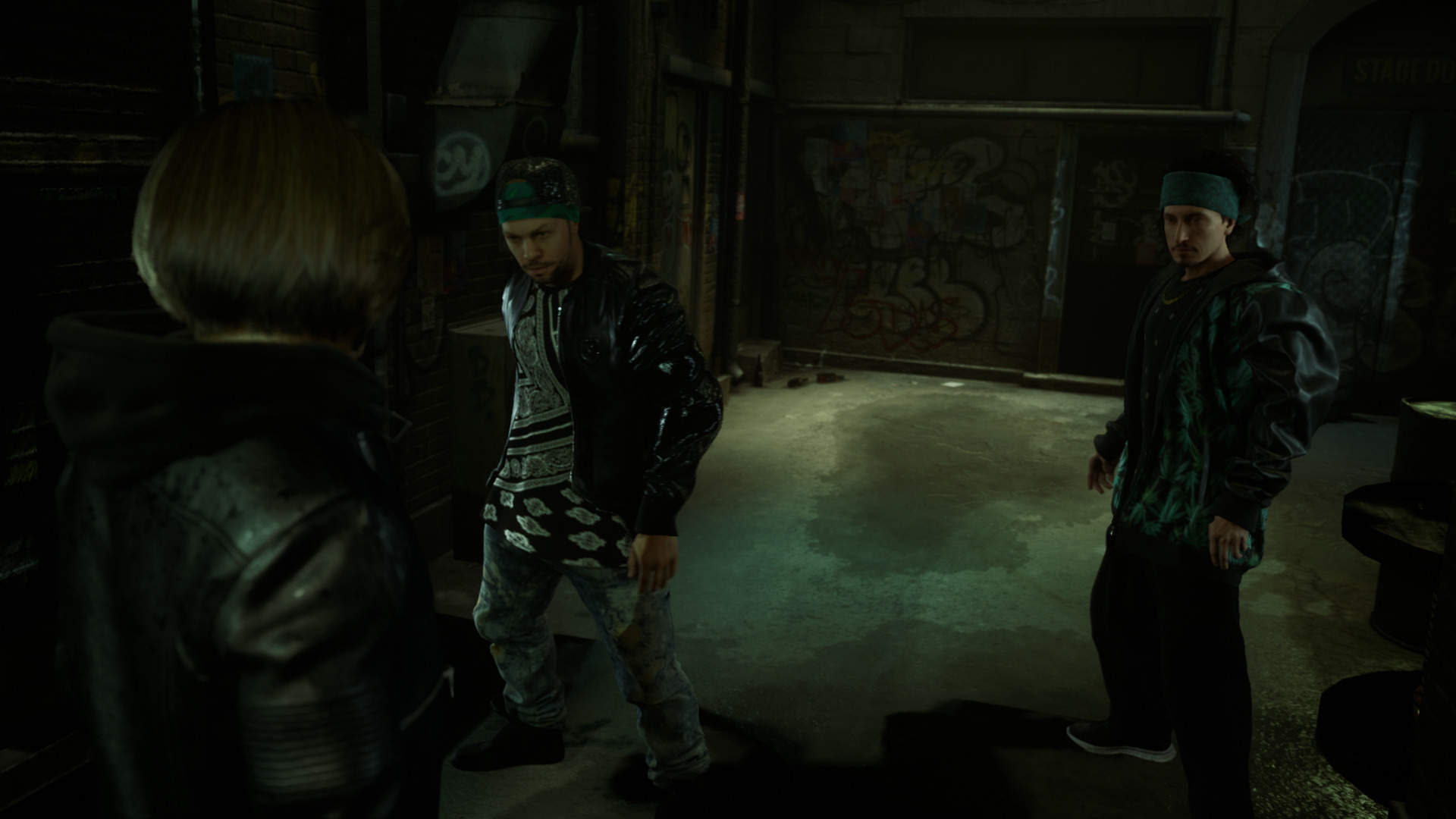 At the end of this hideout I find who I guess is the leader, at which point the demo goes back to live action for the remainder of it. Millennial Leon Kennedy takes him out and retrieves a briefcase before going back to his base of operations. When he arrives, there’s a brief flash of Lady Singer before he’s confronted by one of the other henchmen who works for the same boss as him. They have a slight spat. What is it about? Fuck if I know. The entire game is silent and there are no subtitles. At all. And it won’t even be an option in the final game I’m told.

So anyway, Millennial Leon Kennedy and Slick Gangster have a little bit of back and forth about, oh I don’t know, if it’s worth it to binge watch The Leftovers, before my guy goes to the back of this club to meet Black Gangster. Black Gangster is his boss and as the two have a long, drawn-out, and completely silent conversation that lasts like eight minutes with only a few uses of sign language, I come to find out he was there the day Millennial Leon Kennedy’s mom was shot. Why did this terrible act of violence have to happen in the first place? Because the young Latino stole a pair of shoes from young Black Gangster.

That’s right. The plot of this game is white guy beats the shit out of Latinos because of a pair of shoes from a black guy.

Now, while some people found the entire game — all three hours of it or so — is playable on the show floor, my session is capped off after this cutscene. It ends with a sinister note complete with a wax crest for some reason and one more unexplained shot of Lady Singer. Taking off my headphones, I’m left with so many questions like, “Why?” and “No seriously, why?” If the idea is to put players in the shoes of a deaf protagonist, shouldn’t there be subtitles, they very instrument created to assist the hard of hearing when they watch movies or play video games? Because while Millennial Leon Kennedy can perfectly understand every conversation he has on account of his lip reading, players don’t have the luxury. 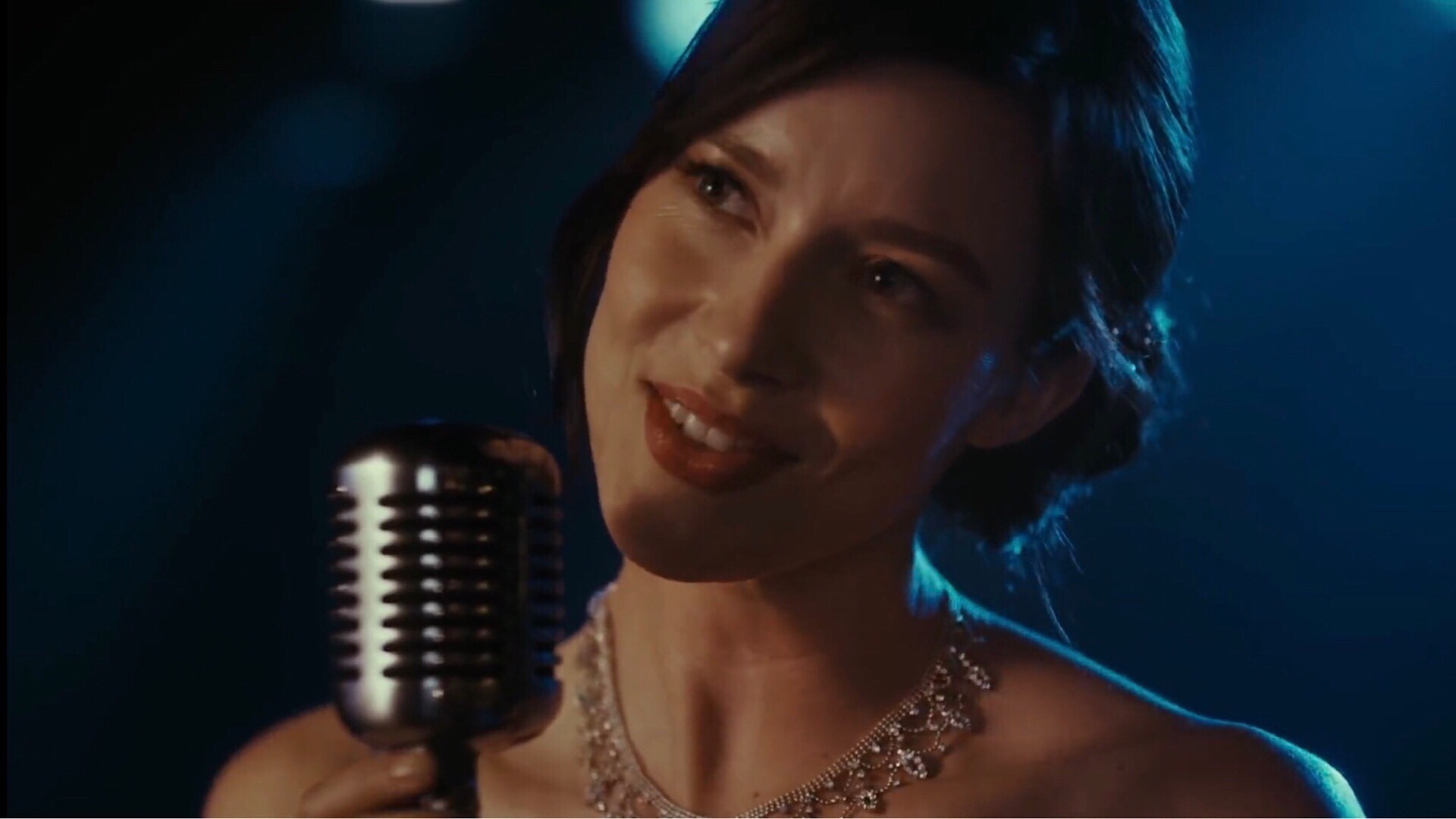 Though the gist of the plot will probably be adequately explained through the various imagery of the cutscenes, I can’t imagine hiring a writer to pen a revenge flick script only to deny your audience almost all of their work. This isn’t The Artist. The developers didn’t set out to make a silent game where acting, props, and clever camera work are used to convey the emotions and gravitas of the story. This is like watching Death Wish with a busted Bose system where only the bass kind of works.

I don’t know what Square Enix is trying to do with The Quiet Man. I’m befuddled by it and yet I can’t wait to see the story through to its conclusion. Because while it’s one thing to happen by a train wreck, it’s another thing to find out about the wreck in advance, pop some popcorn, and then find your spot for the best view of the upcoming catastrophe.