Telltale put itself in a precarious situation when it severely ramped-up its operations. What was once a tiny indie outfit crafting cute Strongbad and Sam & Max joints eventually became a lightning rod for industry titans like DC and Marvel, and the company suffered some dips in quality as a result. You could argue that this dip started as early as 2011 with Jurassic Park, but Eurogamer was able to get Telltale’s side of the story at Gamescom.

Speaking to executive producer Brodie Anderson, the company places some of the blame on the engine: “We know we ran a little hot in previous years and weren’t able to fully deliver the experiences we may have wanted to, so that was important to focus in on a polished quality experience players love. We took that to heart before the development of this season and this team is excited about it…I will say we certainly, I think, have let players down in the past a little bit, just in terms of our engine’s technology. We’re always pleased to innovate and maybe in the previous season we didn’t do enough of that.”

As they’ve announced in the past they’re still planning to move to Unity, but are seemingly making an even bigger effort to make amends for shortcomings. Part of that initiative is sticking to a six-week release plan for the final season of The Walking Dead, their initial cash cow, but as always, things could change.

It’s hard to predict where Telltale will end up. They’ve created some incredible stories but in the end the engine and the formula has gotten stale for a lot of former fans, a fact that the company is not hiding in the slightest.

Telltale Games: “We have let players down in the past” [Eurogamer] 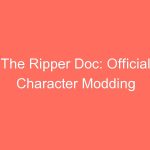