Why howdy, partner, and welcome back to The 300, a rootin’ tootin’ feature on my wild attempt to watch 300 movies in theaters in the year 2018. I’ll be watching new releases, classics, hidden gems, and festival films to experience the wide world of cinema in all its forms. With so much variety, I hope there’s something here for you to enjoy.

Another solid week of moviegoing, with two high-profile New York Film Festival movies, a major projection mistake, and the big Bradley Cooper/Lady Gaga movie that I am a total humbug about. NYFF 56 is ending this weekend, so next week’s installment of the series will feature the final reviews from the fest.

While NYFF draws to a close, my attention turns to the 2018 Brooklyn Horror Film Festival, which runs from October 11 to October 18. I will be catching a few films at BHFF 2018, and the first reviews will be up next week.

As of this writing, I have 34 movies left to go. 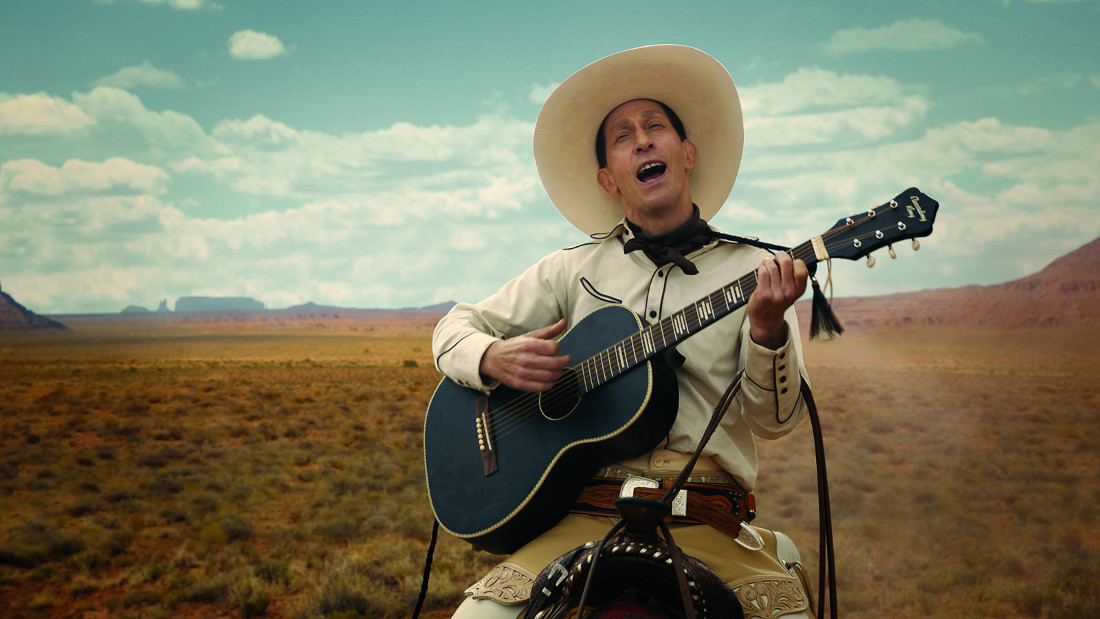 “Gripes aside, I still enjoy the odd varmint that is Buster Scruggs for what it is. It works as a Netflix release, which is an odd thing to say about a Coen brothers movie. You can play at your leisure as you stream, and like an album, you can skip to the parts you like most.” 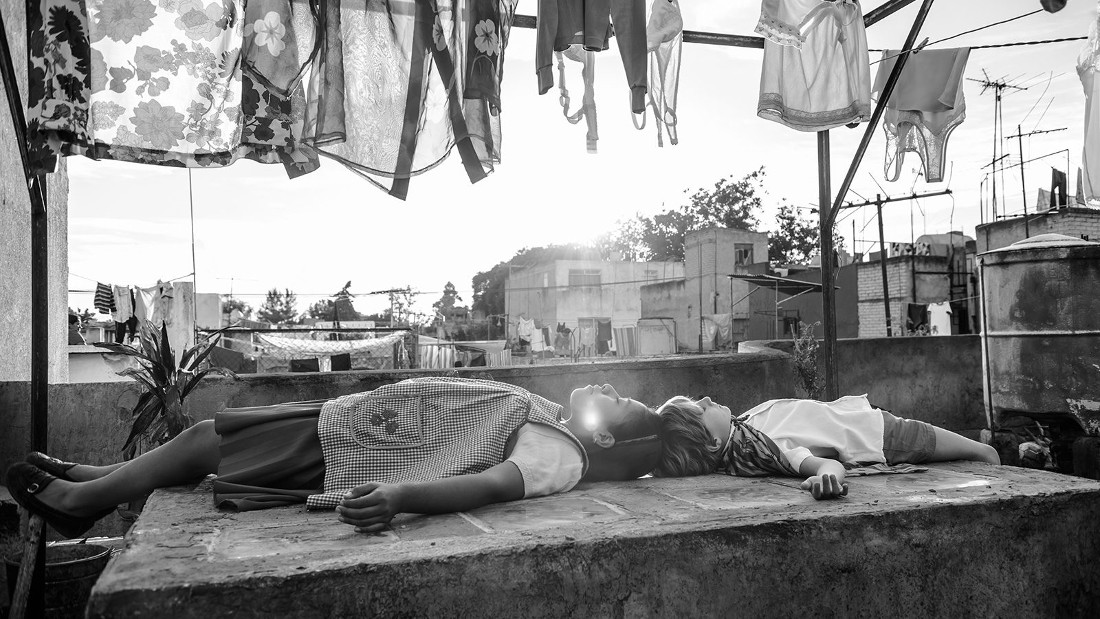 “Roma is one of the most breathtaking movies I’ve seen in 2018. (And I’ve seen plenty.) Alfonso Cuaron has made another masterpiece. Not only is Roma my favorite movie of the year, it will likely be ranked as one of the best movies of the decade.” 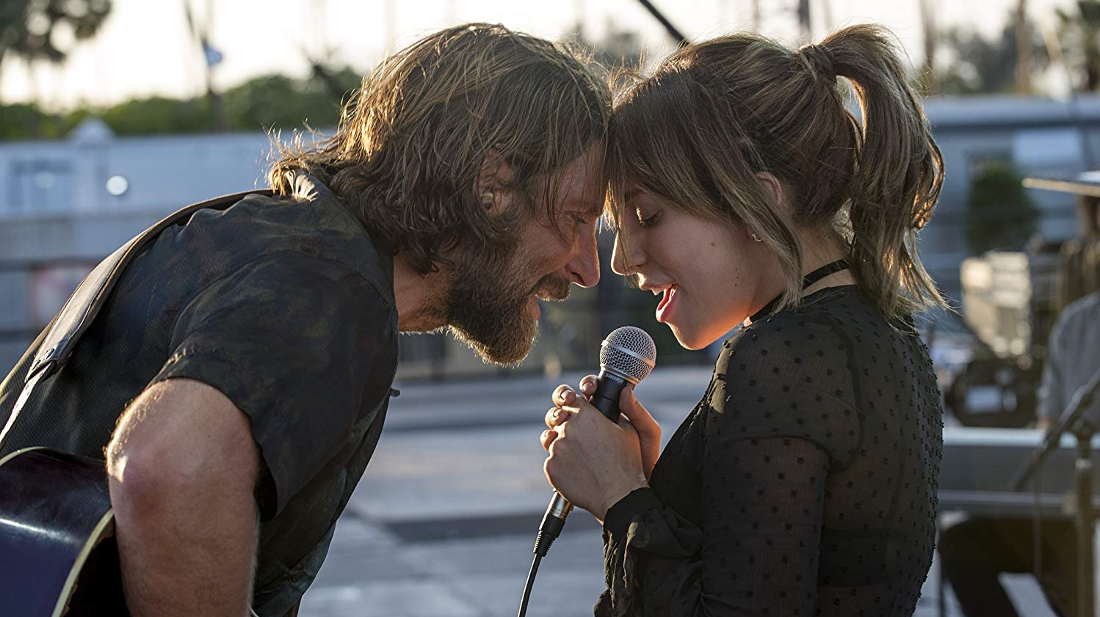 Lady Gaga plays Ally, a talented nobody who rockets into the music industry when she’s discovered by Jackson Maine (Bradley Cooper), a self-destructive country-rock star. Jackson is a total anachronism. While set in the present day, Jackson is a throwback to the singer-songwriters of the 1970s, almost like Graham Parsons or Kris Kristofferson, the latter of whom starred in the 1976 version of A Star Is Born. He plays bland, sub-Mellencamp tunes, and has a few sloppy guitar solos thrown in among the boring Americana. He’s supposed to be on the skids as an artist, but Jackson is recognized on the street, and he can still pack outdoor arenas and afford private jets and fancy tour buses. He gives Ally everything, and then gets resentful.

This wouldn’t be so bad if the script were more about Ally, yet Ally’s rise is always secondary to Jackson’s descent into addiction and despair. She’s anchored to him and overshadowed by him at every step, even at the end of the film. We don’t get to know Ally beyond a few vague details. She has no life outside of Jackson. Worse, we barely get Ally’s opinions about music, which makes the second half such a one-sided discussion about the lives of artists. Ally sells out thanks to her manager, whose name was probably Snooty British NoSocks. Jackson, drunk but wise, keeps telling her to be authentic, to avoid covering up who she really is. Only the bland country-rock she writes alongside Jackson is given the heartfelt weight of authenticity in this film. Her pop tunes and her star persona are treated like affronts to integrity. Nevermind that real-life Lady Gaga has embraced artifice and popstar shapeshifting as her own form of personal artistic expression.

Because of all of this, I found the love story at the center of A Star Is Born more toxic than tragic. Here’s a man who can’t deal with the success of a woman he helped or the fact she now gets to do her own thing, so he tries to mold her in his image and remind her that everything she’s earned is only because of him. This is an abusive, manipulative relationship, yet for some reason it’s framed like true love. How inauthentic. 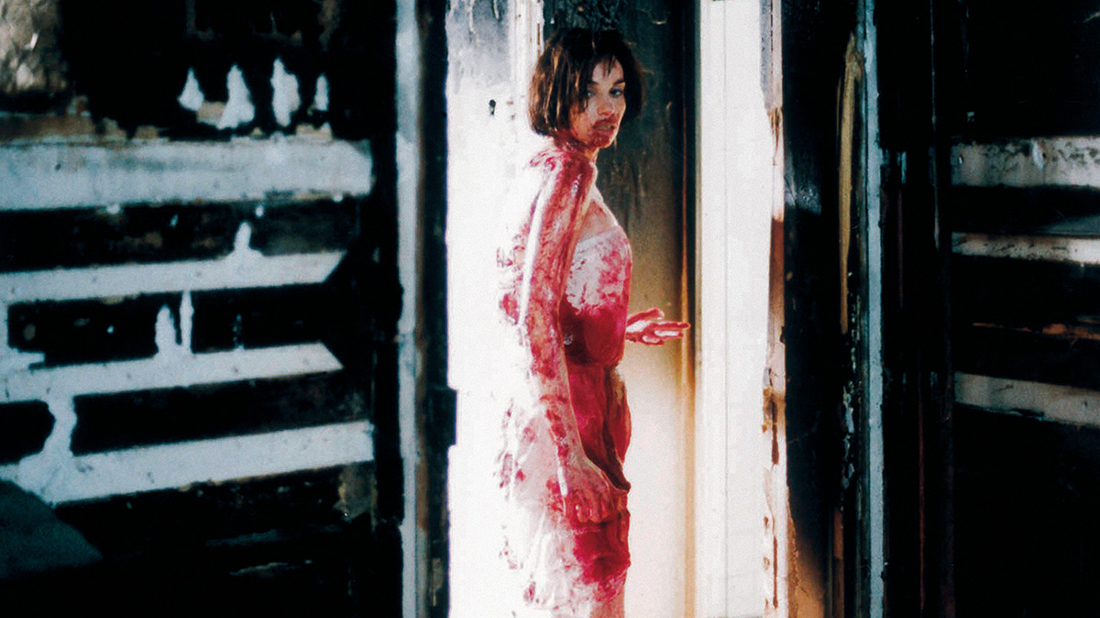 While underwhelmed by Claire Denis’ sci-fi film High Life (The 300 Week 39), I was eager to try out her pseudo-vampire movie Trouble Every Day. Vincent Gallo is a man honeymooning in Paris as his bloodlust grows, while Béatrice Dalle is a wandering killer who thirsts for men’s blood. They’re never called vampires in the film. They seem more like bizarre cannibals, or maybe they suffer from a Jekyll/Hyde disorder when aroused. Nothing is ever really stated outright, and a majority of the movie is just boring and meandering. We watch Gallo clunk around Paris looking for a doctor who maybe caused his affliction, while Dalle spends time confined in her room to keep others safe.

After seeing the movie and assuming it was a statement on the violence of male sexuality, I learned that the print I saw had a major problem. Discussing the movie with a friend online and then reading the synopsis, it appears that the most notorious scene from the movie was completely missing from the film. In fact, an entire reel of the movie may have been misplaced. During this scene, Dalle gorily seduces and kills two men who have broken into her home. The print I saw only had the aftermath of the moment, with a bloody Dalle wandering downstairs just as Gallo, defying the laws of time and space, suddenly jumps the fence outside the manor. The movie was so arch about everything that I assumed the omission of Dalle’s on-screen violence was intentional and artful.

I guess technically I did not see all of Trouble Every Day, but I’ll count it since this is another unfortunate fluke of going to the movies. Sometimes the theater or the projectionist messes up. I plan to check out the scene I missed online (which apparently caused mass walkouts at the Cannes Film Festival), but I will never watch this opaque movie again. 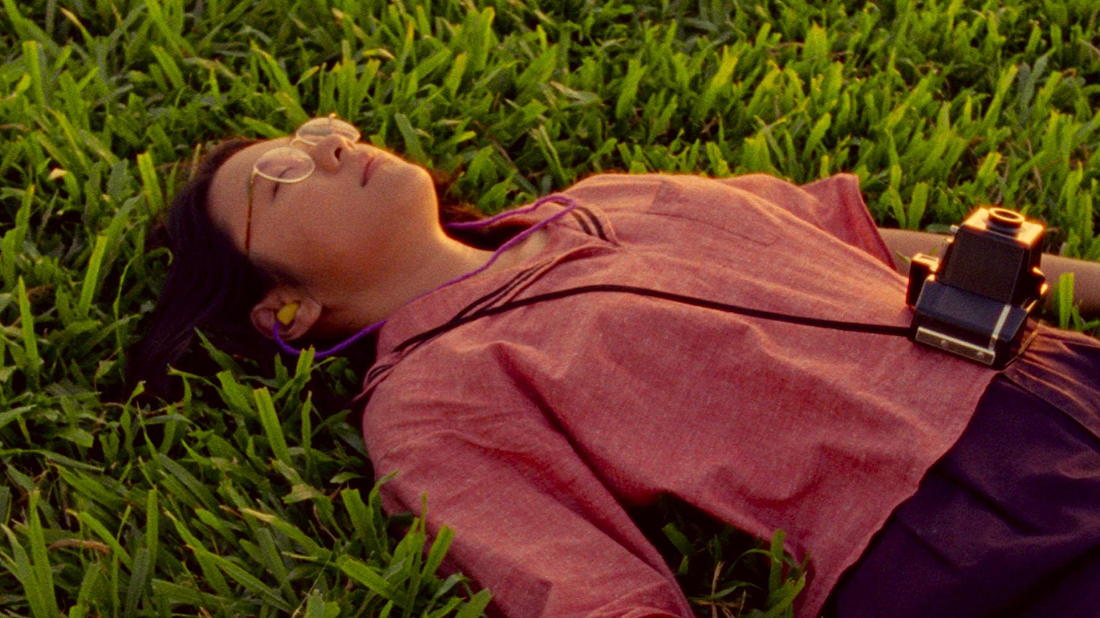 It took me a little while to get into the headspace of Shirkers, but as the movie unfolded, it clicked and became quite moving. The film is impishly fragmented, like a creative memoir in the style of a DIY fanzine. There’s a collage aesthetic at play, with images and inside jokes gathering context over the course of the film. It’s a movie that requires a little patience, or maybe just an appreciation for what it’s like to grow up an artsy weirdo in a socially conservative place.

Shirkers is really about two Shirkers. Shirkers is the name of a movie that Sandi Tan made as a teenager in 1992 with two of her friends (also teenage girl film nerds). It was an experimental road movie about a teenage serial killer, which is the right sort of movie to make as a teen obsessed with Heathers and Jim Jarmusch. The trio was helped by a mysterious older man named Georges Cardona. The documentary Shirkers is a retrospective making-of and unmaking-of the teenage movie Shirkers. The doc is also a love letter to Tan’s two long-time friends who have created their own spaces in the film world as adults. Maybe the style is so fragmentary because the movie at the center of this documentary represents so many different things to Tan as an adult.

I don’t really want to say more since Shirkers goes in such strange and unexpected directions. It’s an enigmatic film that unravels a decades-old personal mystery and winds up celebrating creativity and the punk-rock teenage spirit of youth. Shirkers also provides incredible looks at lost places of Singapore’s past, which lends the film a nostalgic yet wistful feel. It really is a haunting and idiosyncratic film. I want to give this another watch when it comes to Netflix on October 26. 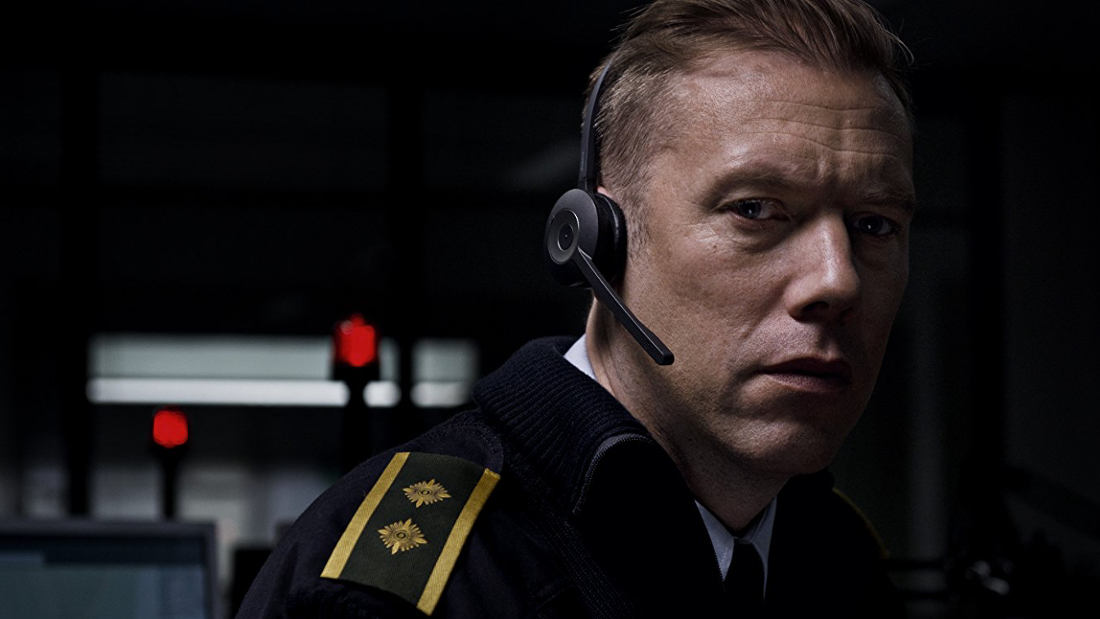 The Guilty is a creatively constrained thriller set entirely in a Danish police call center. We watch as Asger (Jakob Cedergren) takes a call about a kidnapping and becomes increasingly obsessed with rescuing the woman on the other end of the phone. What follows is a tense and inventive ticking-clock scenario, like a movie about a cop going rogue, except it’s just a guy at a desk who is also grappling with a major life event the next day.

I could see The Guilty playing in a double-feature with Aneesh Chaganty’s Searching (The 300 Week 36). While Searching is more visually inventive in the ways it plays with desktops, windows, and menus, The Guilty uses its two-room set-up to great effect. Director Gustav Möller wrings every ounce of tension possible from his extreme close-ups, changes in lighting, and pauses in action. The cleverness of execution reminds me of the best episodes from Alfred Hitchcock Presents, the acclaimed anthology series that ran for a decade during the 1950s and 1960s.

The Guilty’s sound design is especially effective. Since our point of view is restricted to Asger at the call center, all the information we receive from the outside world is aural. The voice performances and the environmental effects during each call (rain, wind, the rumble of an engine) create an atmospheric theater of the mind. Like Asger, we are co-creating the unseen horror of the world in our heads, making the details that much more gruesome.

The 300: By the Numbers Breakdown 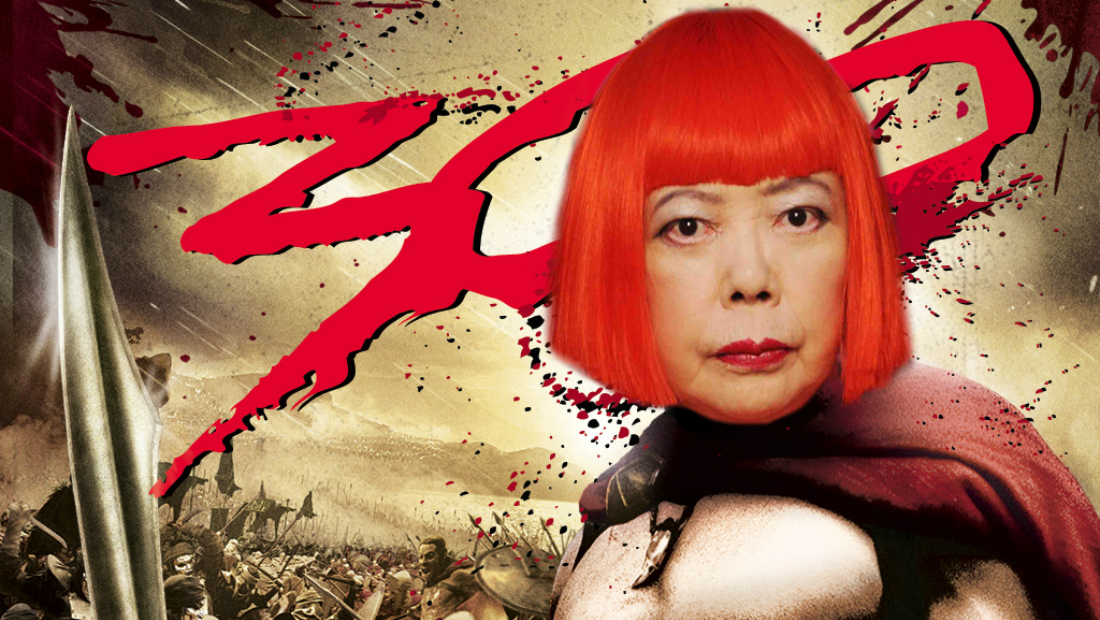 Multiple Films by the Same Director(s)

I still hope to see at least one more Altman movie on the big screen before the year is up.

So in addition to The 300, I’m also doing 52 Films By Women, in which I try to see 52 feature films in theaters that were directed or co-directed by women.

Currently I have seen 65 films by women this year.