The night club equivalent is a Barbie dollhouse

After Star Fox Zero flopped, I feared that Nintendo was going to leave the beloved space shooter series in the dust. So when I saw that Star Fox would have a major cameo in Ubisoft’s Starlink, I was pleasantly surprised. It’s a far cry from the sequel fans are asking for, but when I was expecting the worst for the series’s future, it gave me a breath of relief. Probably not as much as I first thought, given the kinks outlined in our review, but it at least shows Nintendo is willing to let other studios experiment with IPs they’ve become hesitant to work on themselves.

It’s led me to ponder about the fate of an even more niche but fervently beloved Nintendo IP –and one that I have more of a personal history with — Skip Ltd.’s Chibi-Robo. Similar to Star Fox Zero, it was stated if Chibi-Robo Zip Lash didn’t sell well, it might be his last game. Zip Lash also flopped even harder than Fox’s last outing, having little to no resemblance to anything his fans found appealing and charming in the first place. But just as the Star Fox team was given a new lease on life by Ubisoft (as well as the SNES Classic), I’m hoping Nintendo could also give another studio a shot at this oft-neglected IP.

But if Chibi-Robo is to return to its original gameplay style (or at least something new but fundamentally similar), most studios wouldn’t be willing to tackle its bizarre niche. He’s known for his wholesome charm (barring the occasional can-butt), exploring a “massive” house, doing mundane household tasks, scrambling his way across furniture with various simple tricks, and helping a cast of lovable weirdos through their relatable emotional side quests. And sometimes, extremely weird weirdos with weird but still endearing side quests. It’s a niche that most developers don’t even touch, let alone make successful. Naturally, the first candidate for this job to come to mind was the studio that developed Yakuza, a series well known for that move where Kiryu neuters his enemies with a gondola. 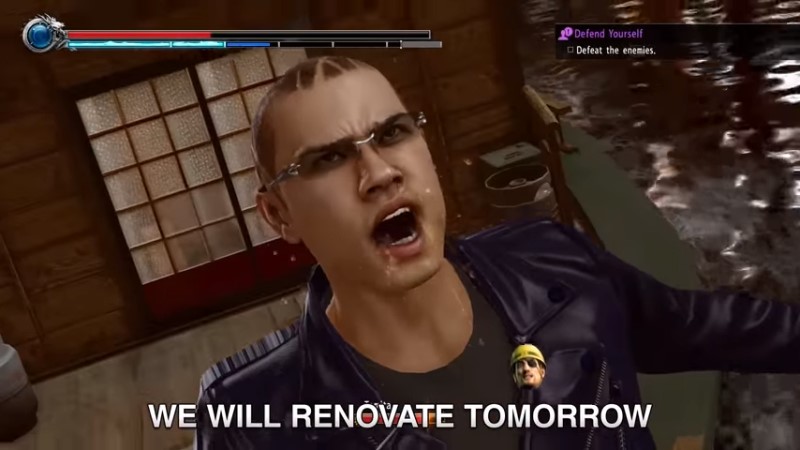 Okay, so maybe there is some kinda sorta extreme tonal dissonance between these two IPs. Disregarding that, Ryu ga Gotoku Studio’s already won a lot of fame in areas parallel to where Chibi-Robo has endeared its fans. While it’d be a ton more work to make their design philosophies mesh with Chibi’s formula instead of adapt their own engine towards another franchise (like they did for Fist of the North Star), I’m confident they’re one of the few non-Nintendo developers who could do Chibi-Robo’s concept justice. In fact, infusing Chibi’s chill but weird world with their own brand of high-energy hijinks could elevate it to the mainstream success that producer Kensuke Tanabe wants this series to become.

I’m not going to prattle on too long about narrative details, but just in case, minor spoiler warning for both series? Only for two Yakuza side stories and a little of the first Chibi-Robo‘s main plot.

The Sandersons from the first game are a quirky bunch with various hobbies, but it gradually becomes apparent how these quirks drive their struggles with escapism and financial stress, and how seriously problematic they truly are. Meanwhile, the dozens of side characters Chibi meets come with a plethora of over-the-top personalities, yet their problems are usually as simple as yearning to find happiness in their own relationships with other characters or meet other basic needs.

Spoiler warning over. Bottom line, both of their narrative tendencies are similar enough that I could see Ryu ga Gotoku Studio easily cook up new stories for the tiny robo buddy.

Another cornerstone of Yakuza’s brand is its plethora of fleshed out minigames, many of which are complemented by their own side stories and mechanics. While they’re optional, they serve as an interesting side attraction to get more out of the city setting and its people. Chibi-Robo doesn’t have any mini-games that drastically change controls, but it is worth noting the bot does a lot of different little things (pun not intended). He collects trash. He cleans stains. He fetches lost items. He gardens. He cooks food. He plays with people. And much more. 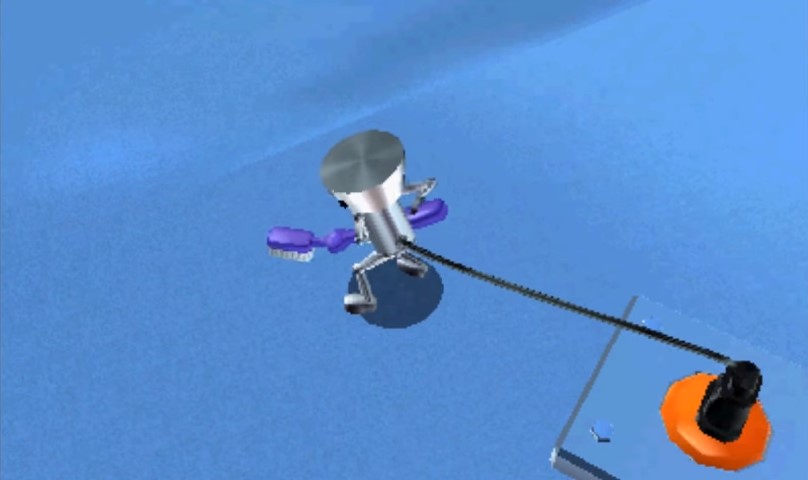 All of these mundane side activities are central to his goal of earning Happy Points (which help upgrade Chibi), like how the rewards of side activities in Yakuza games are various items. Optional as they are, they’re still a centerpiece at the heart of their worlds and the progression of their game mechanics. Comparing the two, I wonder why the former shouldn’t have minigames or at least little controls and normal gameplay mechanics as involved as the latter? Chibi-Robo Park Patrol already danced with the concept of building chores around goofy minigames like dancing with flowers to make them sprout. Fleshing these activities out with more depth can do a lot of good, especially when they make up the bulk of Chibi’s day.

But we still have to address the polka-dotted elephant in the room — combat. Everything that I’ve just described only overlaps with a part of what makes Yakuza such a well-known series. If it weren’t for Yakuza’s frequent beat-em-up gameplay and over-the-top combat styles, it might have remained as obscure as Chibi-Robo. Kiryu’s violence works well in the context of a man with criminal ties who just wants to help people in need, especially in a shady town where innocent people get jumped by not-so-innocent people every minute. Chibi is a tiny adorable robot designed to help one small family (and their toys) be happier by solving their problems, 95% of which can’t be solved with violence. Kiryu and Chibi might be similarly altruistic, which shapes many of their stories and activities, but the former’s main gameplay and the latter’s nature are not a great match.

And yet in each of his adventures, Chibi also has some sort of micro-menace he fights part-time. This combat has never been a highlight of these games, but it exists. In all my time playing through the GameCube original, I never disliked random Spydorz encounters, nor did I look forward to fighting them. They were just kinda there, barring a few strong set pieces that unnerved me and got me in the mood to confront them. I think Ryu ga Gotoku Studio could make a great game without any of that at all if they so wanted. Even so, I insist it’d be best if they gave the pint-sized robot a similarly rad combat system of his own, albeit a significantly toned-down one compared to their usual work.

For an adventure game protagonist, Chibi doesn’t have many moves to optimize his travel from point A to point B. It can be a bit of a drag to carry your plug all the way across the floor to the next room. Normally the easiest solution to this would be to just add fast travel, but since managing time and battery levels are some of Chibi-Robo’s main mechanics, that on-foot travel time is actually very important to plan your day around. He does have several tools to speed this travel up, including a few actual teleporters. But circumventing those limitations altogether runs counter to the point of making you feel like a tiny robot helper trying your hardest to help big people with bigger problems. 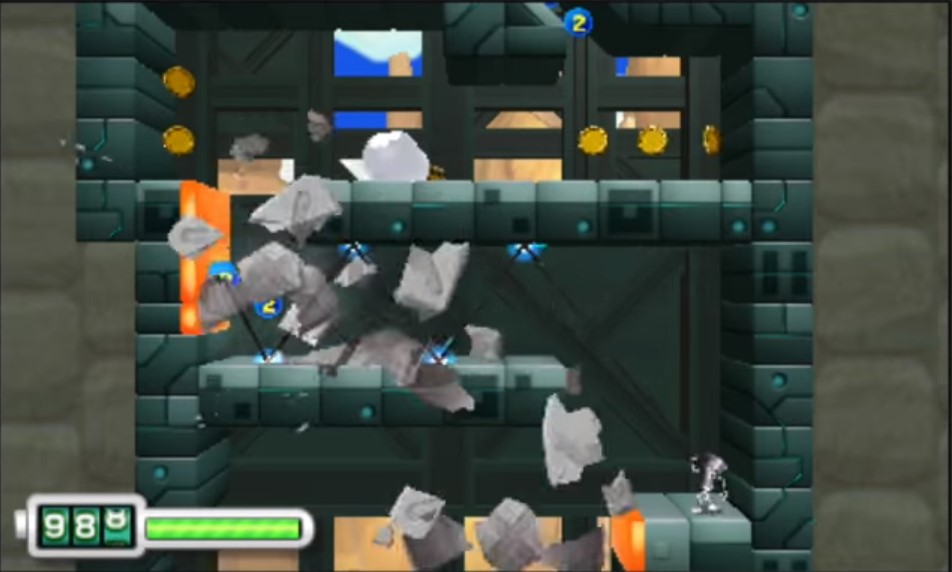 I feel those enemies were added mostly to make that trek from point A to point B just dangerous enough to feel less tedious. And I think that helped, but it would help a lot more if such encounters felt more engaging themselves. While Zip Lash didn’t satisfy my cravings for action, an expert at action games could take the idea of using Chibi’s plug as a weapon and give it the polish to become something very fun. Combat shouldn’t steal the spotlight from everything else, but featuring it as an infrequent pillar supporting the exploration and/or character stories might be enough to add that mainstream appeal Tanabe was looking for without removing Chibi from his native gameplay formula. Plus I’m a sucker for any polished and clean beat-em-up or hack-and-slash gameplay!

More exciting gameplay would help Nintendo to buy into the pitch, given what Zip Lash said about their faith in the series, but it’s not what matters most at the heart of Chibi-Robo. What endeared the Gamecube original to me and its other fans is less its gameplay and more its world and writing. That’s a major reason why Zip Lash, a game wholly focused on platforming gameplay at the expense of character interactions, did little to interest Chibi-Robo enthusiasts. It’d be hard for anybody other than its original creators to recreate such an intentionally bizarre charm. But if anybody can do so, Ryu ga Gotoku Studio’s resume is qualified enough to give it a shot.

A heartwarming 3D happy-em-up doesn’t exactly need thrilling gameplay to be lovable, and I’m still a bit heartbroken by Nintendo’s decision to the contrary (let alone how little Zip Lash thrilled me in my entire playthrough). Yet regardless of whether Chibi-Robo needs it or not, in the proper hands, I’d love a return to the character’s roots with his own antics dialed up to 11. Yakuza’s shown that adrenaline-filled combat or juggling dozens of over-the-top side activities doesn’t have to be at the expense of heartwarming narratives, and given tweaks that fits his character, I could only be even more excited for a return to Chibi’s origins with a hand like Rya go Gotoku Studio’s. Maybe it could even convince Nintendo that the little guy’s got a lot more potential with his original formula.

Or maybe I’m just so hyped for Yakuza Kiwami on PSPlus next month and also so desperate to revisit Chibi’s roots that I’m stretching my imagination. That could also be it. Shame that I only rented Chibi-Robo instead of buying it. I wonder how Photo Finder stacks up…?