Pokemon Let’s Go is similar to the oldest Pokemon games on the Nintendo Game Boy back then, in terms of story and gameplay.

Likewise, you will have to battle Lt. Surge as the gym owner in Vermilion City and he uses electric-type Pokemon.

Here’s a guide on the Vermilion City gym and how to defeat Lt. Surge to get the Thunder Badge.

Before you can even enter the gym, you need to cut down a tree that’s blocking the way.

This means your Pokemon has to first learn the chop down skill. You can obtain the skill from the captain on the S.S. Anne ship.

Before you can get to Lt. Surge, you need to defeat all three of the trainers shown below.

They will all use electric-type Pokemon, so try to use ground or rock Pokemon.

Otherwise, you can just stick to Eevee. My Eevee learnt the fire skill from a gentleman in a Pokemon Center in Cerulean.

It comes in handy against Pokemon like Magnemite that is partially steel-type.

Get rid of the electric bars

After defeating all of the trainers, you still need to deactivate the electric bars stopping you from meeting Lt. Surge.

In order to do so, you need to push two switches, which simply means interacting with the bin.

As you can see, there are plenty of bins below.

The first bin to interact with is shown in the image below.

The second bin is the one below. You need to do it in the right order.

The electricity will disappear and you can now challenge Lt. Surge.

Lt. Surge uses three Pokemon. They are all pretty strong, so you should at least pack some super potions.

Even though Raichu’s thunderbolt wasn’t effective against Ivysaur, it still dealt a good damage. You may want to heal in between.

After defeating him, you will get the Thunder Badge, the Thunderbolt skill and some other stuff.

Hopefully this guide and walkthrough on defeating Lt. Surge is helpful. 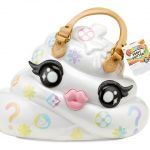 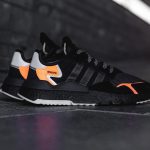