Tech-monolith Samsung recently dropped a 4-minute video that offers our most in-depth look at the recently unveiled, industry-disrupting Galaxy Fold. The new footage is mostly filled with silent B-roll cuts, but it allows fans to dig deeper into the phone’s abilities and functions.

Showcasing a variety of apps from Instagram to Google Maps, photo functions in both the folded and unfolded modes, Netflix media streaming, and even mobile games, Samsung finally allows consumers and tech enthusiasts to get a better look at the device that was sparsely introduced last week during the company’s annual unveiling event. We also get a preview of the tech firm’s DeX software, which allows the smartphone to connect to a display via its USB-C connection – this tech follows through with much of Samsung’s recent tech innovation, which helps in seamlessly converting the Galaxy Fold to a desktop-like experience. Also showcased in the video are a variety of different color variations of the upcoming tech.

However, many tech reviewers and specialists are annoyed with the fact that Samsung still isn’t allowing press members to actually touch or use the device – something both Huawei and other tech firms are doing with the latest foldable devices. The device is expected to release on April 26, with a starting price point of $1,980 USD.

Take a look at the video above, and let us know your thoughts on Samsung’s latest piece of tech. 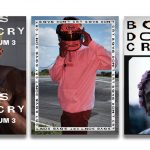 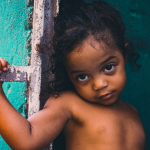