In more bad news for Apple, the company’s iPhone 7 and iPhone 8 models are not currently on sale in its own retail stores in Germany.

In December the Munich court sided with Qualcomm, finding that Apple is infringing its patented power savings technology in the two models — granting a permanent injunction.

The court ordered Apple to cease the sale, offer for sale and importation for sale in Germany of infringing iPhones.

Apple has said it will appeal.

Yesterday Qualcomm announced it had posted security bonds totalling €1.34BN required by the court, enabling the injunction issued by the District Court of Munich on December 20 to be enforced.

The bonds are required to cover potential damages incurred by Apple should the judgment be overturned or amended on appeal. Qualcomm had said on December 20 that it would post the bonds “within a few days”.

In a statement yesterday the chipmaker also claimed the court had ordered Apple to recall infringing iPhones from third party resellers in the market.

But at the time of writing the iPhone 7 and iPhone 8 models are still being offered by Apple resellers in Germany.

Amazon.de currently offers both handsets, for instance. While Gravis, Germany’s biggest reseller of Apple products, also told Reuters it was still selling all Apple products including the two models.

Qualcomm has also been pursing patent litigation against Apple in China and the U.S., and last month Apple appealed against a preliminary injunction banning the import and sales of old iPhone models in that market.

In that case the patents relate to editing photos and managing apps on smartphone touchscreens.

While, in the US, Qualcomm has most recently accused Intel engineers working with Apple of stealing trade secrets.

The feud dates back further though. Two years ago the FTC filed charges against Qualcomm accusing it of anticompetitive tactics in an attempt to maintain a monopoly in its chip business — with Apple officially cited in the complaint.

Cupertino also filed a billion-dollar royalty lawsuit against the chipmaker at the same time, accusing it of charging for patents “they have nothing to do with”.

The legal battle between the pair shows no signs of fizzling out, and has led Apple to reduce its reliance on Qualcomm chips — with Intel the short term beneficiary.

An Apple spokesperson declined to comment on the latest litigious development in Germany but pointed to its statement from December 20 in which it takes a broad swipe at Qualcomm’s “tactics”.

In the statement Apple also said resellers in the market would continue to stock all models.

Qualcomm’s campaign is a desperate attempt to distract from the real issues between our companies.  Their tactics, in the courts and in their everyday business, are harming innovation and harming consumers.  Qualcomm insists on charging exorbitant fees based on work they didn’t do and they are being investigated by governments all around the world for their behavior.

We are of course disappointed by this verdict and we plan to appeal. All iPhone models remain available to customers through carriers and resellers in 4,300 locations across Germany. During the appeal process, iPhone 7 and iPhone 8 models will not be available at Apple’s 15 retail stores in Germany. iPhone XS, iPhone XS Max and iPhone XR will remain available in all our stores.

The sideswipe at Qualcomm’s “tactics” is perhaps also a tactic reference to the use of a controversial PR firm, Definers, which — as we reported in November — had sent pitches slinging mud at Apple seemingly on Qualcomm’s behalf.

Late last year Facebook confirmed it had severed its business relationship with the PR firm after it was revealed to have used antisemitic smear tactics to try to discredit Facebook critics.

We’ve asked Qualcomm for comment on its use of the PR firm. 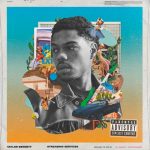